Mark your calendars. Book your flights. On December 21, 2020, Jupiter will pass just 6 minutes of arc from Saturn. Given the brilliance of Jupiter, that's close enough that they will appear nearly merged without a telescope. Through a small telescope the view will be quite spectacular. The timing is not especially favorable. Those of us in mid-northern latitudes will have about an hour after sunset to catch them before they set. But it's a once-in-four-lifetimes event. They haven't been so close in 200 years, and they won't be quite so close again until 2080. Closest separation during the last Jupiter-Saturn conjunction in 2000 was 1°09'. In the next conjunction after this year's in 2040, closest separation will be 1°08'. 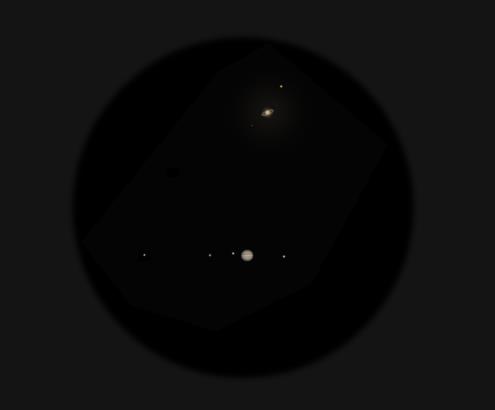