If you want to know more about Janet Taylor, you can read: Croucher, Rosalind and John Croucher, "Mistress of Science. The story of the remarkable Janet Taylor, pioneer of sea navigation", Stroud 2016 (20 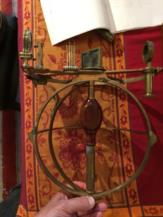