Tony OZ
Further to my post last night, I’m loath to dive too far into this because Gary is the expert, but as I suspected last night, if this journalist wished to show the dire consequences of being a day out with the Air Almanac (AA), she chose the wrong celestial body.  The days in the AA are ‘Sun days’, so the Sun behaves fairly well from one day to the next.  It’s the stars and the outer planets that are naughty.  With ‘star days’ the stars are good, but the Sun is naughty.  The attached photograph shows the daily change in the positions of the Sun, Venus, and Jupiter (which dances to its own tune, but which Noonan probably couldn’t see, because it was directly behind him) for 18:00 GMT on 1st 2nd, and 3rd July 1937.  Also shown is the 'Navigator' porjection of the sky on the aproach to Howland Is at 18:00GMT on 2Jul37.

If on the other hand Noonan had based his navigation on an across track line on Aldebaran at 17.00GMT (which is unlikely with Venus staring him in the face), then his longitude could have been a degree out if he’d used the wrong date in the AA.  Once again, I’m loathe to say too much, because if Noonan was using a calculation method based on his possible use of a sidereal time watch (about which I know nothing), it’s possible that the stars position would be the same, but the Sun would move by one degree from one ‘star day’ to the next.

Incidentally, if you’re ever in Glasgow and get chance to go round the tall ship Glenlee, you’ll notice an ancient photograph of one of her former crews on a bulkhead.  Amongst the young seamen named is one F. Noonan.  DaveP 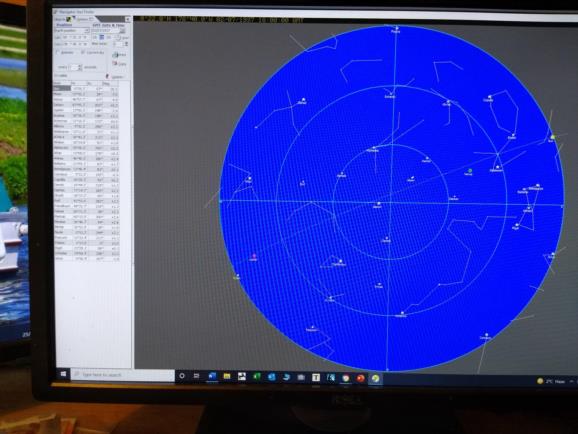 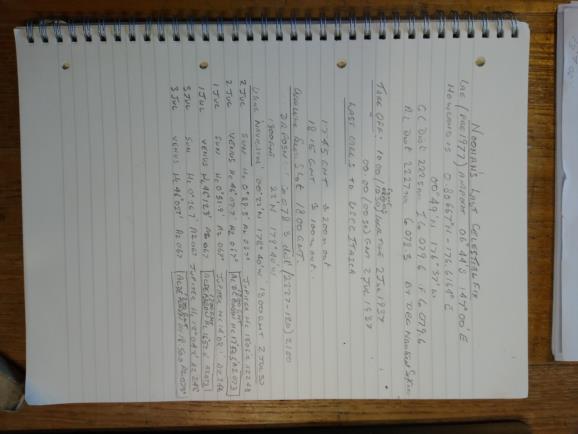