This last January Scott O'Connor expressed an interest in a sextant scope filter project using solar mylar film for the purpose of determining index error. Finally I was able to look into this project and construct a scope filter out of solar mylar film (the type used for looking at an eclipse). A quarter sized disc was cut out and inserted under the eye cap of a Tamaya 4x40 scope. In addition a paper disc with a 1/4 inch hole punched in the center was laid over the film so that the field center would be used for the index error determination. The results were most satisfactory with the film displaying a nice pair of sharp uniform orange Suns. If any one has a pair of those card board disposable eclipse viewing Sunglasses lying about then there will be enough film to make two scope filters. The linked photos shows the Tamaya scope, film disc, and aperture disc.

The benefit of a scope shade is the elimination of multiple shade combinations and that annoying sliver of unshaded direct Sun light that sneaks through every once in awhile. 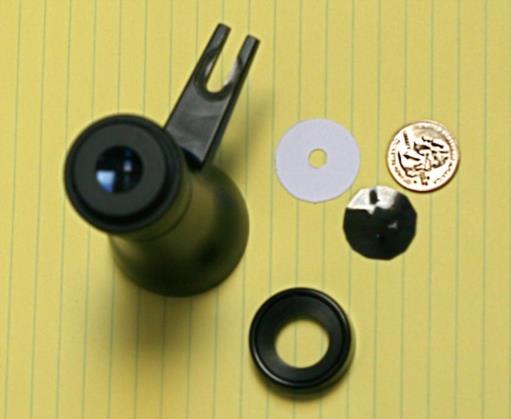 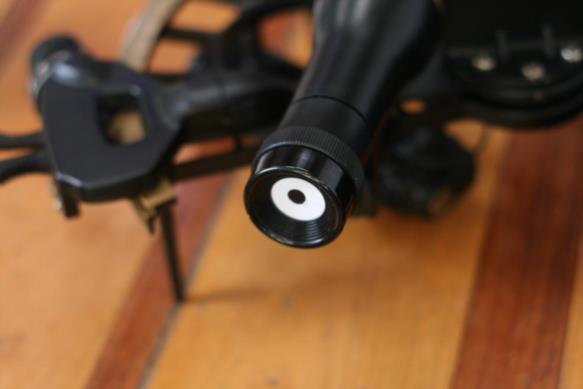