Reply
Re: Hughes explanation of Chichester's navigation.
From: Gary LaPook
Date: 2014 Dec 4, 18:39 -0800
I was worried about refraction in aircraft windshields when I first started taking sights in flight.
I have taken a least a thousand observations in flight through regular aircraft windshields and the came out with expected accuracy. There is no refraction of the light passing through the window as long as the two surfaces are parallel which is true to a fairly high level of precision for plexiglass used in aircraft windshields. The standard astrodome used in WW2 aircraft had some refraction due to their curvature
which makes the two surfaces have different radii of curvature. The astrodome is not hemispherical but is squished down to lessen its drag and this is what led to the refraction correction needed with it. Even then, for most altitudes the refraction correction is only a few minutes which is pretty inconsequential for flight navigation. Shooting through aircraft windshields you only have to pick a section that is not highly curved then any refraction error disappears in the noise of the observation. You can see any distortion by looking through the window and moving your head around and seeing if objects appear to jump around or move in an irregular manner. A clear demonstration of this is to look up towards the wing roots of  a Cessna high wing airplane and move your head around and you will see the objects jump around so don't take shots through this region.
Recently I have used my A-7 on commercial airliners crossing the ocean. I took the shots through the normal cabin windows and the shots, when compared to the concurrent GPS positions showed no noticeable refraction problem.
The Kollsman periscopic and the similar hand held MA-2, octants do a continuous two minute average to deal with the phugoid but the very similar MA-1 pendulous mirror octant only averages for one minute and I have never found an explanation for this difference.
gl
From: David Pike <NoReply_DavidPike@fer3.com>
To: garylapook@pacbell.net
Sent: Thursday, December 4, 2014 8:11 AM
Subject: [NavList] Re: Hughes explanation of Chichester's navigation.

Gary, Greg
One problem you will get shooting astro from inside a blown or stretched Perspex canopy is refraction.  Below is the table for a standard military astrodome.  For an aircraft with a bubble type canopy such as the DHC Chipmunk or a Grob 115 you would get a similar effect although not quite so pronounced.  Years ago, I spent a couple of weeks works experience at Slingsbys at Kirbymoorside when they were stretching hot Perspex glider canopies over a grease covered mould, so I know how the thickness changes.  A 757 side window (below) with at least two layers to it would unlikely to be perfectly parallel either.
The acceleration errors on a bubble sextant might be random due to pilot error and turbulence, but you also have to consider the dynamic stability of the aircraft when considering the best length of shot.  This is why RAF averaging sextants after the earliest MkIXs had a choice of one minute or two minute shots (BUT DON’T EVER TRY TO CHANGE GEAR WHEN ONE’S RUNNING!).  A fore and aft shot is affected by the long period longitudinal oscillation or phugoid, which is a fairly long period change in height and speed at almost constant angle of attack.  An athwart ships shot is affected by the other solution to the dynamic lateral/directional stability equations, the Dutch roll.  If you sit back in an airliner and regard a spot on the wingtip against the horizon miles away, you’ll see the wingtip describing an ellipse against the horizon.  That’s Dutch Roll.  The period of the phugoid and Dutch roll depends upon aircraft mass speed and shape, so the length of shot matters.  E.g. phugoid two minutes, shot one minute, average error isn’t necessarily zero.  Dave
Attached File: 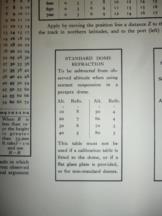 (Standard-Dome-Refracrion.JPG: Open and save) Attached File: 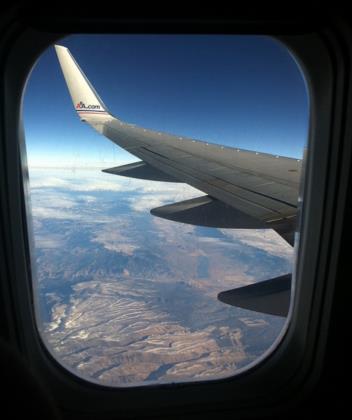