The lockdown is giving me time to study various tables in detail. For example, I have learned that Aquino (HO 200) allows use of the DR position rather than requiring an asumed position. The same applies to Ageton (HO 211).

I took several sun sights and decided to reduce them using Hughes' tables. The first step was to learn Hughes'  method. After I had successfully worked one sight I performed sanity checks with AP3270 (HO249), HD486 (HO214), NP401 (HO229) and the cos formula.  Then I decided to try HO 208 Dreisonstok. I found that these tables are similar to Hughes' but with one big difference -  the meaning of dec ~ lat.

The worked examples given in the tables show that

I have  worked the same sight with both Hughes' and Dreisonstok and can confirm these conventions. 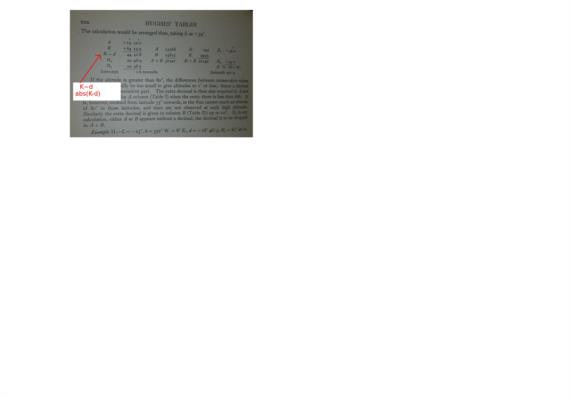 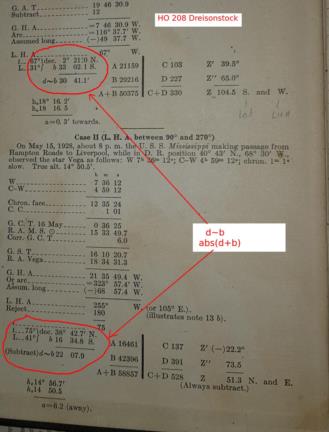