These are more precise than the tables in H.O. 249 since you don't have to mentally interpolate. 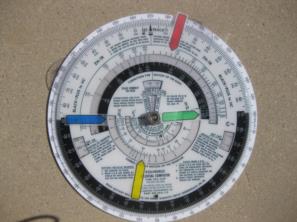