On the air side  the UK and US produced various tables in the 1930s/40s. ISTR reading that the US borrowed data from the UK but cannot remember the details.These became HO249/AP3270 in the early 1950s. AP3270 was a facsimile of 249 produced with permission.

As for  249 preceeding 229...........my guess is that the USNO was a bureaucracy. Buried deep inside the organisation was a clerk responsible for a sheet of paper or paper file from which the HO numbers were allocated. The person responsible for marine tables requested a number (by internal memo, initialed by lots of people)  before the air person. Then for some reason the air tables were published first.

There is scope for a major research project. For example was the 229 code written in Fortran? Do paper/magnetic tapes or punched card copies exist in someone's private collection? What we need is someone with access to both the US and UK Federal/nNational  archives and also mainframe computer archives. Not only is this part of the history of navigation it is an example of early computers being used for a "public good" rather than code breaking or designing hydrogen bombs. Unfortunatly this is a very specialised subject so the chances of me seeing the results of this research in my lifetime are remote!!!! 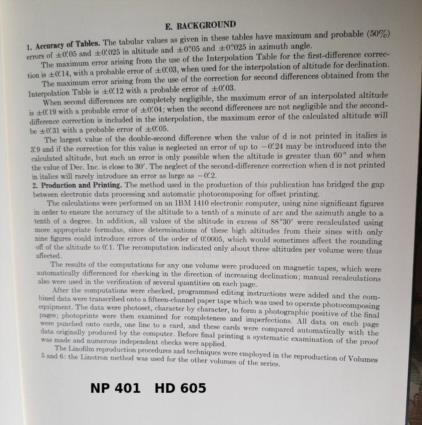 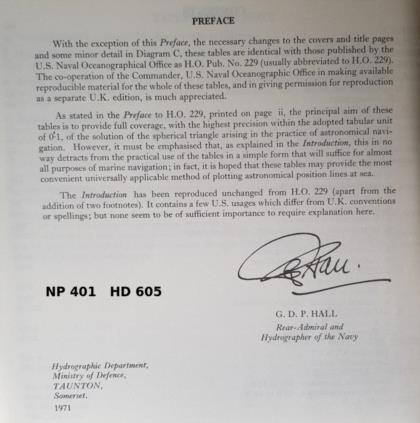 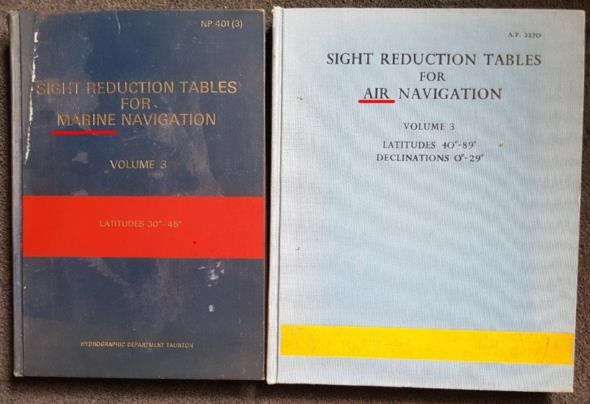