Although this group has shown considerable interest in the variety of short tabular methods generated during and immediately subsequent to WWI, all intended to facilitate the altitude intercept concept, it is somewhat surprising to note the general lack of interest in the pubs HO 203 & 204. They have been twice mentioned by Brad Morris but have generated little or no comment, yet they belong among the simplest of methods, requiring no logarithms or complicated rules to utilize.

HO 203 & 304 were ambitious undertakings of the USHO whilst under the reign of G. W. Littlehales, and were published in 1923 & 1925 respectively, during an era which produced a number of the short tabular methods, many of which have been discussed here. HO 203 & 204 basically combine the traditional Time Sight approach and the intercept methodology in that they, utilizing an assumed Latitude, true Declination, and an assumed hc (as a whole number increment of the observed altitude), solve the astronomical triangle for the Meridian Angle (t) in time units, as well as for the Azimuth – the MA (t), of course, is convertible to the LAT which, in turn, compared to the GAT produces the Longitude in Time – converted to d/m/s units and plotted on the assumed Latitude, a position is established from which to project a LOP by utilizing the difference between the ho and assumed hc as the intercept away or towards from the established position along the calculated Azimuth. They can also be used to solve the Time Sight for Longitude alone. This all sounds complicated, but is really quite simple to accomplish quickly when observing the Sun. The solution becomes a bit more involved wen observing the Moon, Planets, or Stars in that Sidereal Time and Right Ascension were original employed in the determination of GHA, however, with current practice tabulating SHA and GHA Aries the solution is somewhat simplified.

Unfortunately, HO 203 & 204 were published during a time when the navigation community were transitioning from time to d/m/s units; this, coupled with the bulky size of the volumes and the use of a poor quality paper, as well as an overly technical description of their use which included mistakes, militated against their general use – they never became popular and were soon relegated to the dust bin of navigational history. For those who might be interested, I have attached a reworking by HO 203 of my morning sights of October 12, 1946, which included an observation of Venus, as taken from my navigation workbook. I would otherwise refer those interested to the 1934 edition of Dutton which includes a more detailed description of the use of these tables. 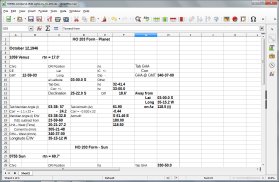 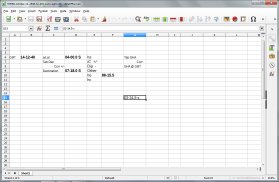 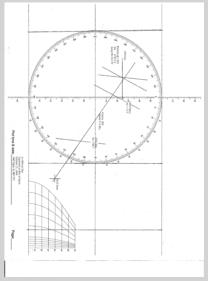