As promised, here is further information about the Kreisel (gyro) sextant.

The attached graph(RPM) shows that when pumped up according to the instructions until the rotor makes a high pitched noise, it is rotating at about 2200 rpm. At this rate, it has pronounced precession, and if pumped up much higher it begins to foul the housing. After three minutes, it has settled to a steady rotation at about 1450 rpm, but at the five minutes recommended in the modified instructions, it is rotating at nearly 1200 rpm. Assuming three observations each taking two minutes, together with an extra minute to rewind the integrator and find the bodies, rotation has died down to about 520 rpm at fourteen minutes. The rotor remains steady even as the speed decays beyond this time (500 rpm at fifteen minutes).

The sextant can be tilted about 22 degrees in any direction before the rotor fouls the housing and comes to a stop.

The answer to 1) partly answers this. However, I made a jig (Jig) to hold the instrument firmly while exploring the rate of rotation and I also arranged a collimator at about 20 degrees to the horizontal to represent a star (artificial star), so that I could observe the graticule as the rotor ran down. At first it hunted up and down through about an arc minute, but by three minutes it was steady and remained centred on the horizontal hair of the collimator for a further twelve minutes.

4)      The effect of tilting the instrument on the observation

I was not able to observe any deviation as a result of tilting the instrument in the x and y planes to about ten degrees and then releasing it.

The instructions do not mention this. As one member has pointed out, the bearing is quite heavily loaded. The rotor rotates quickly enough for a hydro-dynamic wedge to form, so I think that lubrication is likely to do more good than harm and have applied a little clock oil, bearing in mind that excess oil can take no part in lubrication, while it attracts dirt and grit. The spare sapphire bearing has several irregular pits near the centre and one large chip on the periphery. I think these are probably due to damage from transporting the sextant without locking the rotor, rather than to wear. 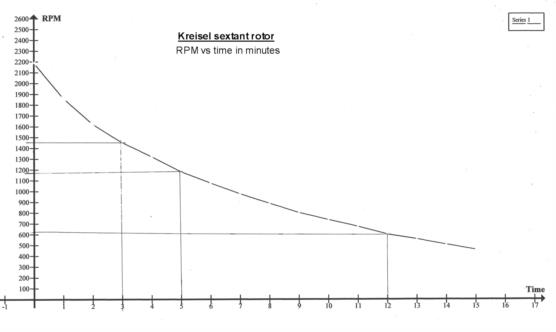 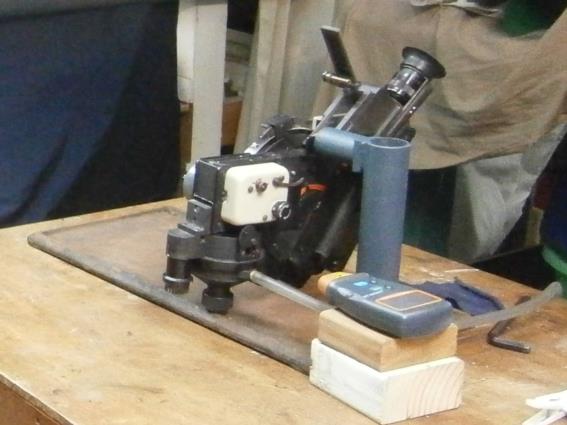 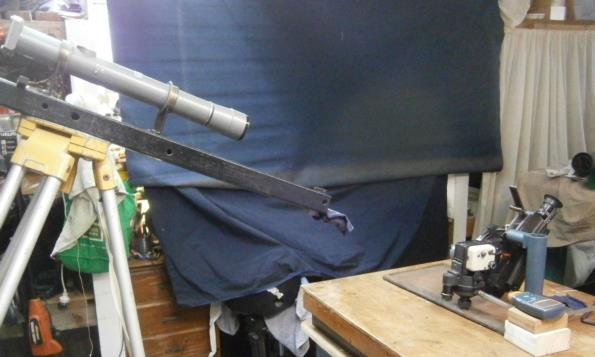