My eBay gyros arrived recently.  They were advertised as UK sourced, but they took a little over a week to arrive and had customs labels attached, so I suspect they might have been flown almost direct from China. The actual toy gyroscope 4.59GBP, see below, was a great disappointment.  It was very poor quality, exhibits no rigidity, and it’s almost useless for experimenting with. I doesn’t compare with ones we had as kids, which I remember as being rather good.  I might try taking the gyro out of its frame, cut down the lower part of the axle, file a new pivot point, and use it as a spinner.

The spinner 2,39GBP, see below, albeit tiny compared with 25c piece, is great.  The axis always stabilises to the vertical.  I’ve tried it on a plastic jar top, paper, and a soft finish notebook cover.  The rougher the surface, the faster the gyro axis stabilises to the vertical, and the sooner the gyro runs down.  This gives some credence to the side friction theory for stabilisation.  I also laid a sheet of A4 paper on a table with one edge of the paper hanging off the edge of the table.  Then I got the spinner stabilised with its axis vertical, see below.  By pulling and pushing the free edge of the paper, thus proving I must be applying accelerations rather than a constant velocity movement to the bottom of the gyro, I managed to get the gyro to wobble, restoring my faith in science.  DaveP 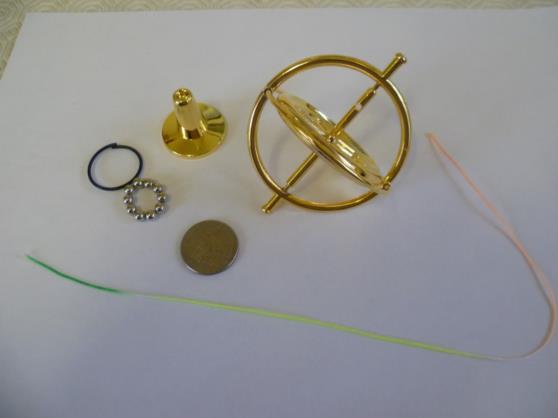 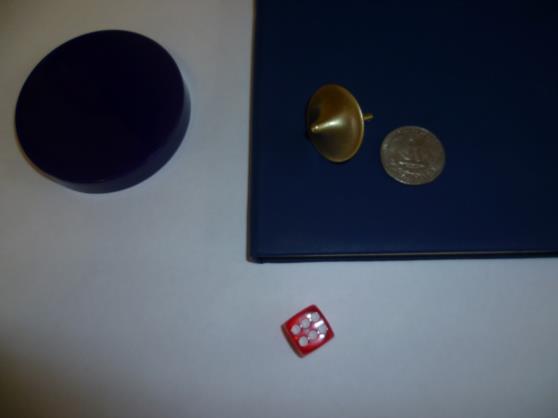 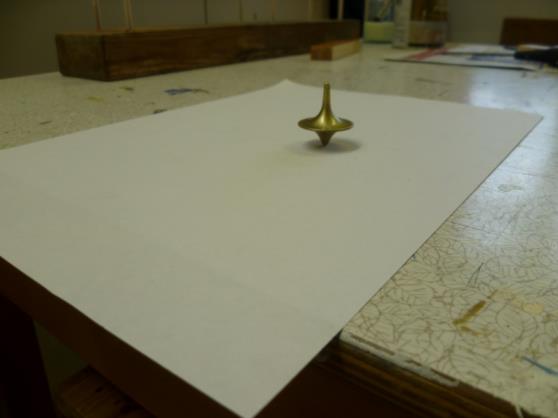