From a slightly different perspective, I noticed that the Grand Princess (since renamed by SF area residents the Corona Princess) was flying the Bravo signal flag.  One of the messages associated with flying the flag is "I am carrying dangerous goods"   The Bravo flag is usually seen on fuel barges.   But I could understand it being flown by a ship with a dangerous disease aboard.
Come to think of it the yellow "Q" flag means "vessel is healthy" - certainly NOT the case with the Corona Princess....
On Tuesday, March 17, 2020, 9:04:26 AM PDT, Paul Saffo <noreply_paulsaffo@fer3.com> wrote:

I caught a few shots of the Grand Princess as she sailed into SF Bay last week with her COVID-19 passengers. I didn't think to check now, but it appears she was flying a yellow quarantine flag (or at least thats what it sorta looks like). There are a bunch of nice write-ups about quarantine flags on the web, so won't reprise them here. Would love to hear the group wisdom about quarantine flage, their history and usage! 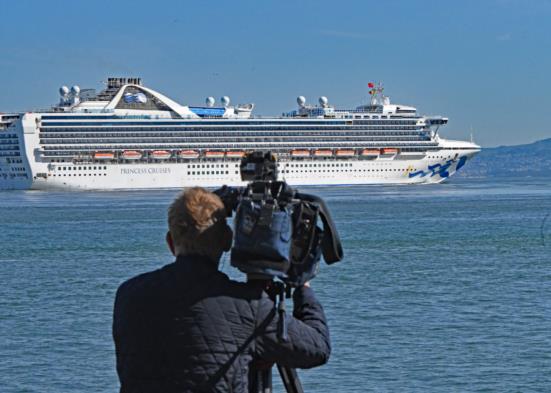 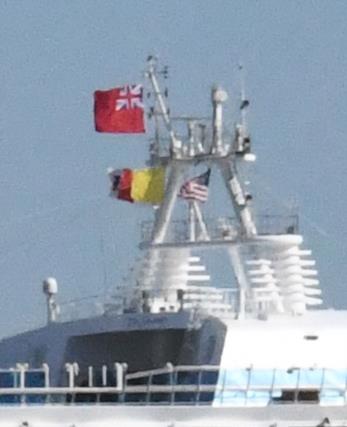