As you say, there are many countries with a system of benchmarks. The UK has a system of benchmarks going back to the middle of the 19th century. To quote from Wikipedia, "The term benchmark, or bench mark, originates from the chiseled horizontal marks that surveyors made in stone structures, into which an angle-iron could be placed to form a "bench" for a leveling rod, thus ensuring that a leveling rod could be accurately repositioned in the same place in the future." The purpose of the benchmark was to serve as a reference for height above sea level - for which they are generally accurate to within half in inch - not as a reference for position. Benchmarks are to be found on bridges, walls, and many large and prominant houses (the attached image is of a very typical benchmark on the side of my house). However, the passive GNSS stations to which I referred are a completely separate system and do not include any of the old 'benchmarks'. It is this system that would appear to be unique in the world. I cannot find any reference to anything similar in any other country.

There would appear to be an ad-hoc program in the US to accurately determine the position of existing benchmarks, but this would appear to be on a volunteer basis with members of the public being invited to send in the latitude and longitude of benchmarks determined using whatever GPS device they have. This program has the advantage that it costs the US Government essentially nothing, but it is not the same as the UK passive GNSS network, set up to a unified standard by a government agency.

The UK is not unique in having benchmarks.  My son-in law is a surveyor and uses many such benchmarks ( monuments ) in his work.  He and his co-workers will update the position information on older monuments that they find in remote areas.

I own land in a remote area of Wyoming that has a 1940's bronze plate set in an concreat pillar.  My son-in law and I remesured the cooridants using the latest gee-wiz GPS equiptment and know the position down to inches.  So, if you are ever near Chugwater, Wyoming and need a fix, let me know.  :-) 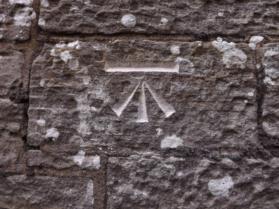