Does it make sense even at the most basic level that this implies celestial navigation? Could a human navigator using the best concepts of celestial navigation --but no technology, including chronometers-- follow a straight line path over the ground? You could steer a course of constant heading using celestial (as well as many other environmental clues), but that would not yield a straight line on the ground if there are significant currents. And the point of the article (and the one it links) seems to be that these are straight line tracks in spite of substantial currents with varying directions. The evidence is certainly compelling (see the image below) of some interesting "skill" ...but the analysis is pretty weak. Nothing here implies celestial navigation, as far as I can tell.

This appears to be the original research paper (from 2011) that inspired the "Wired" commentary which then inspired the "Forbes" piece. On my reading, the original paper says (effectively) "these are straight tracks... we don't know why... but we did some mathy stuff." Of course they explain this using super-duper smart-sounding phrases like "Astronomical algorithms [14] were used to calculate Greenwich Mean Sidereal Time, azimuth of the Sun at sunrise and sunset (i.e. Sun altitude = −0.8333°), and altitude of Sun transit, for all whale positions." And then there's this gem: "Piecewise linear regression, performed separately on both high-accuracy locations and all locations, identified several track segments exhibiting strong correlations between Mercator easting and northing". Gee whiz, Mr. Scientist, you use some strange words!!

Notice that they've employed some "algorithms" to calculate various highly technical quantities like the azimuth of the Sun. The link, marked [14] here, is simply "Astronomical Algorithms" by Jean Meeus, which is a popular cookbook of astronomical formulas, published in 1991, that succeeded his earlier cookbook. The times of sunrise and sunset are broken by the same flaws that we have discussed before. These are not absolutes in any sense. The time of sunset is a standardized time used for data-binning, especially in weather reports, and for definitions in civil law, but it is not an astronomical absolute. Defining the Sun altitude as -0.8333° so exactly is meaningless hand-waving. Do we have evidence that humpback whales are interested in the instant when the upper limb of the Sun disappears on a perfectly calm sea? Were interviews conducted?? Do we know that they would observe sunsets under conditions of mean temperature and pressure? Do we know that they would only observe sunrise and sunset with height of eye exactly equal to zero (and certainly never while breaching, when the whale's eye might be twenty feet above the surface)? It's obviously important that they have quoted the angular altitude value to one ten-thousandth of a degree, equivalent to 0.4 seconds of arc since whales are known to have astounding visual acuity (no... I'm kidding... it's just precision overkill...).

You also wrote:
"I assume they mean geodesics!" 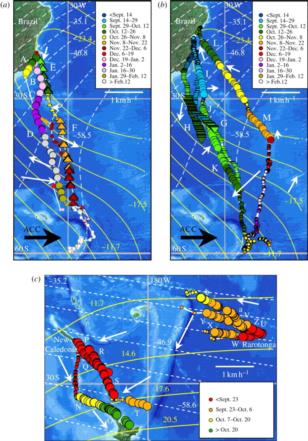