I've been following your investigation of Earhart for quite some time, mostly quietly, sometimes not.  But this may be the first time I personally noticed Paul Manning mentioned.  That Earhart would not make an effort to replace Manning or learn the RDF herself is quite damning.  In all the talk over the details of Noonan's celestial navigation, I missed that they essentially flew without a skilled RDF operator.  Wow.

Which brings us right back Noonan.  He understood position finding and using all sources of information to find that position.  It's drilled into every navigator.  Why didn't he learn how to use the RDF, along with Earhart?  Perhaps the criticism in the display is actually well founded.  Shouldn't he have learned the RDF equipment?

In hindsight, they both look rather foolhardy.  Howland Island is a fly spec in the Pacific and finding it with celestial alone was really putting all their eggs in one basket.  Noonan *must* have known that celestial navigation is not foolproof.  Failing to learn the RDF or replace the skilled operator, simply IMHO makes them both out to be foolish risk takers.  In fact, to these eyes, it looks dangerously foolish.

Noonan was very knowledgeable about radio direction finding, see attached documents. The first is a three page report made to the managment of Pan Am of the very first Pan Am survey flight from California to Hawaii and return conducted in April 1935 on which Noonan was the navigator. He also navigated the subsequent survey flights. In it he describes in great detail the use of radio bearings. The second attachment is a newspaper article written by Noonan in 1936.

In both of these he describes the two types of radio direction finding. The first mentioned is when the plane in fllight sends a signal to a ground station which is set up to determine the bearing of the incoming signal. The bearing is measured at the ground station and that bearing is then sent to the airplane. These were called Adcock stations based on the four very tall antennas aranged in a square pattern. The antennas were very carefully placed and aligned and any deviation was measured and turned into a correction table. Since the antennas were on the ground, very accurately alligned, and didn't move this type of station could provide very accurate bearings. These were the type of bearing for long range fixes since any error in the bearing would grow to a large distance for a plane that is a thousand miles from the station.  A one degree error would cause almost a 20 mile error at 1,000 miles from the station.

The second type used a radio mounted in the plane to take a bearing on a ground station. These bearings cannot be nearly as accurate as the first type due to the limited size of the antenna on the plane and also due to inaccuracies in the aircraft's magnetic compass. The airborn reciever (Noonan refers to it as the "goniometer" although a goniometer is actually a component of the ground based Adcock station) can only measure relative bearings, bearings measiured in relationship to the heading of the aircraft, and this heading is determined by the compass so any inaccuracies in the compass then creates an error in the true bearing that is derived from the relative bearing and which is finally plotted on the chart. However, for short distance bearings this is good enough and becomes less and less of a problem as you get closer to the transmitter. The same one degree error would only produce a 2 mile error at 100 miles from the tranmitter and it becomes zero right at the station. This second kind of RDF bearings were the ones that Earhart was to use in finding Howland by measuring a signal transmittd by the CG cutter Itasca located just offshore of that island.

Although Noonan was knowledgable about this it does not mean that he knew the exact capabilities of the equipment that Earhart had in her plane, that was her station, the RDF was in the cockpit. For some inexplicable reason Earhart specified a homing signal on 7.5 mcs (7,500 kcs) while her equipment could only take bearings on signals upto 4,800 kcs and she knew it because she had sent that information to the Itasca in a prior radiogram. Then she later specified  a higher frequency and the Coast Guard, understandably, believed that she knew her own equipment and had corrected the prior information so they sent out the requested signal on 7,500 kcs. Did Noonan know what information Earhart had sent to the Itasca? Did he know that her RDF was limited to 4,800 kcs? Did he know that she had specified 7,500 kcs? Did he see the rediogram before it was sent? Or did he accept that Earhart was competent, that she was the pilot in command, and that she knew her own equipment and that she would request the proper signal? The later seems reasonable to me. 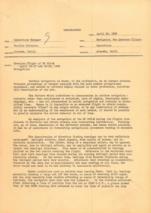 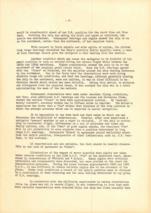 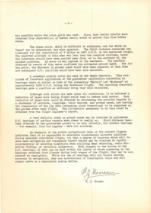 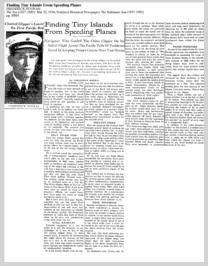 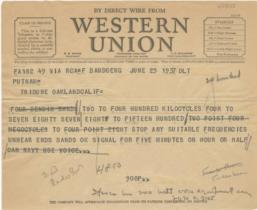