This evening we were flying SLC to DSM, FL370, southwest winds pushing 100kts, giving a GS 505kts. The ride was marginal and never let up, so I finally decided to try sighting in the turbulence to see what would work out.

We had the unique event that we were flying due east, so I set up for Polaris and Regulus to give a 90° cut. Sirius was hanging so bright in front of us that I took a third shot as well.

Our notes indicate constant light with occasional moderate chop, and +/- 400fpm verticle wave accelerations while taking the sights (we did not record speed and heading variation). Sighting was dificult to say the least, I usually try to align the star along side the verticle edge of the bubble to get the most accurate 'horizon' based hs. This night I was reduced to triggering a reading when ever I could simply get the star inside the bouncing bubble. From the data sheet you can see I had a spread of hs of more that 2° for Polaris and not much better for Regulus and Sirius. I've attached pictures of the disk spreads, as well as sights on Enif two nights later in absolute smooth air (17' spread of hs) for comparision. My visual pick of an average hs was suprisingly close to the mathematical average, so I went with the visual.

I've wondered how those navigators of the 30's and 40's, bouncing around at low altitudes and with those big old radials throbbing along, got by. I can see now that even in poor conditions the bubble sextant will give usable averages, and with confidence in your work one can get great results. 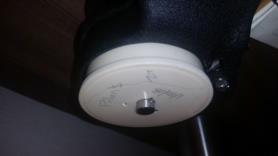 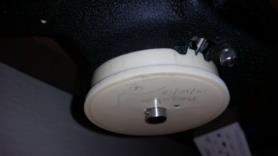 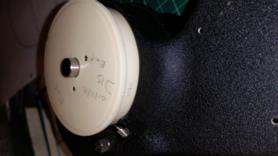