Hello Joe
Nice ship model.  Did you make it?  Tight fix.    It’s difficult to say much more without a photograph of the sheet under your plot; the type of sextant you were using and the time of your observations.  As far as I can see, if your sights were all of the Sun, they must have been several hours apart at approximately morning, early afternoon, and later in the afternoon.

HO249 is good enough for sights taken with aircraft sextants.  If you were using the periscopic Kollsman you spoke of earlier, don’t expect the precision and repeatability of a marine sextant.  You only need look at an exploded drawing of an aircraft sextant with all the opportunities for backlash and differential expansion to see why.  Last week I was talking to the Nav-Plotter from the RAF Vulcan crew which beat the 30 odd B52s in the 197? SAC Annual Navigation Competition.  Their winning final position at the end of the celestial stage was 3.5nm, and that was considered remarkable at the time.  I know they were flying at 480kts, buy it makes the point.  DaveP

P.S. After typing the above I read Al Stuart’s post giving your spreadsheet.  I only looked at the bubble sight in detail.  It confused me a bit, because you’d talked of using HO249, but your intercept in the spreadsheet was from your DR Position, not your assumed position of 36°N 140° 11'W to give LHA = 009°, which you show in your diagram.  I used AP3270 Vol 2 (HO249) to get 26’ towards, which agrees with your diagram. Sorry for the splodges; I’ve not done it for a bit, especially for easterly longitudes. 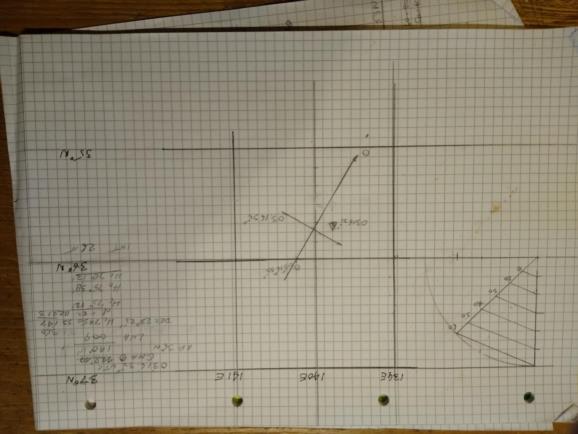