Yesterday I checked the weather forecast. As you can see from the attached screen grab the forecaster obviously is a callnav enthusiast. Because I had recently made my first ever  venus observation (in an AH) I decided that  it was time to  do a three-star fix.

I completed my planning, selecting Venus, Diphda, Menkar, Rigel, Sirius and Canopus as seen in the second image. I also knew that Mars would be visible close to Venus.

Late in the afternoon I looked to the east (third image) and excitedly realised that in about two hours Sirius would appear on the far left and Canopus on the far right.

I made four observations of Venus without difficulty. Then I switched my attention to Sirius and the fun started. It took me 30 min or more to find the faint image in the AH. When I made the first observation I forgot to check where I was standing before dashing over to record the time. Consequently it took nearly 30 min to get another sight!  In all I took four Sirius sights but wrote the time down incorrectly for one of them leaving me with three usable sights.

Next was Canopus but as its altitude was approaching my 60° limit so I quickly gave up. I decided to pack up for the night and  reduce the sights in the morning.

With AP=GPS the intercepts are:

The azimuths were Veuus  273° and Sirius  76°. With such a small cut I decided not to waste time plotting the LOPs.

Altough I did not manage a three-star fix I am happy with what I achieved. I planned the sights, identified the stars, made observations of a  planet and a star and obtained what I consider to be acceptable intercepts. Observing a star in an AH was much more difficult than I had imagined so I may wait until when (or if) I own a bubble sextant. I note that Celestaire have reconditioned bubble sextants for sale. My wife's birthday is in a few months so maybe I will buy her an A-12 (-;

I live in an area of light pollution and it is many years since I have seriously looked at the night sky. I was surprised at what can still be seen. I should be able to identify all of the navigational stars visible in lat 41S. Orion was obvious and I was surprised at how large the Cross looked in the south. On the downside the local coucil has plans to install LED streetlights so I must make star/planet observations while it is still possibe to do so. 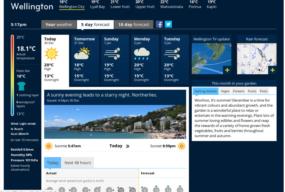 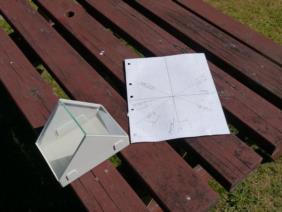 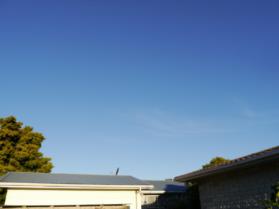