Ed, you wrote:
"results compare very well with the Bowditch-Thompson method he also presented in his workshop (and I also programmed except for the 3rd correction which I must use paper tables for)."

Depending on the limits of your calculator, you can reproduce those tabulated values. 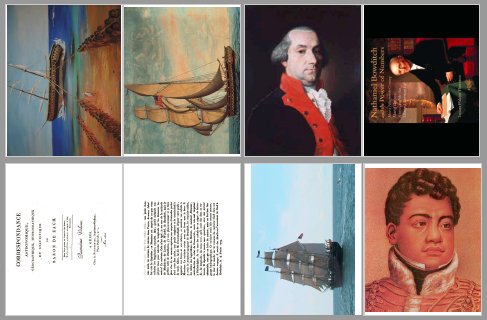 You may recall Baron von Zach, who wrote about his surprise discovering that American navigators shot and worked lunars in 1817 aboard George Crowninshield's yacht Cleopatra's Barge, and his even greater surprise that the ship's chef (whom he first met holding a big knife in one hand and a bloody chicken in the other) could also work lunars and knew multiple methods for doing the computations. I spoke about him in one of my presentations in Mystic in November. Years later, when he normally styled himself the Baron de Zach, he pubished an article about Thompson's then-popular tables in which he did Thompson the enormous favor of proposing a computationally expensive method for producing those paper tables of the third correction. The effort required to calculate them by the baron's suggested method was prohibitive and quite possibly kept other authors of tables from copying his method (except Bowditch, who simply copied the tables in 1837). Today, of course, computation is dirt cheap, so it's quite possible to regenerate Thompson's "third correction" using the arduous technique proposed by the baron, if we choose.

We can write a symbolic representation of the direct triangle solution as
LD' = ƒ(h1, h2, LD) = acos(...a rather long expression...).
where LD is the original, observed lunar distance ange, h1 and h2 are the altitudes of the Moon and other body, and LD' represents the quantity that we are looking for --the "cleared" or "corrected" lunar distance angle. It's not hard to write down that "rather long expression". It depends on the constancy of the difference in azimuth between the two bodies. There's a lot of detail hidden in that ƒ( ) or "function of" notation but the principle is simple. This is the long, computationally-intensive direct solution.

In a series, we add on a laundry list of corrections directly to the initial base: the observed lunar distance. Note that the angle α (alpha) is the angle at the "corner" where the Moon is found in the spherical triangle consisting of the Moon, Zenith, and the other body, and cos(α) is what I call the "corner cosine" which is the geometric expression for the fraction of the Moon's altitude correction that "acts along" the lunar arc. That term, proportional to the Moon's HP, is the only trig work we really have to do. All the rest can be dumped into a lookup table. This was the key trick that evolved into Elford's tables and Turner's tables and others and eventually led to Thompson's commercially quite-successful tables.

Rewriting the expression above to emphasize that split, we have:
LD' = LD + HP·cos(h1)·cos(α) + TABLE,
and we can calculate the value that I'm calling TABLE either as
TABLE = two terms linear in refraction + two quadratic terms (+ higher order terms which we drop).
This is almost certainly how Thompson actually compiled his table.

Or we can follow the baronial suggestion. We can get LD' for each and every case by the long, direct method and then use it for an alternate expression for this tabulated set of values:
TABLE = ƒ(h1, h2, LD) - LD - HP·cos(h1)·cos(α).
That's a lot of work, but it has the advantage of "seeming" to be computationally exact. Many nineteenth century commentators were seduced by the concept that this methodology integrated the quick ease of the series methods with the mathematical "rigor" of the direct triangle solution. This seduction continued right into the twenty-first century, and before I joined "Navigation-L" (the mailing "list" which gave us the "List" in "NavList") there were quite a few messages along these lines. It was all wrong...

For modern computation, the distinction is immaterial. Naturally, there's something to be learned from each approach, and it's quite satisfying to see that the numbers line up.

This started out as a short note... Oy.