Good Day Howard
Good to have you aboard.  Which sextant did you use when you were winding one up for reals?

When surfacing in daylight became dangerous, the German Submarine Service adopted both a bubble https://hydrography.pro/presta17/octant/236-cplath-kriegsmarine-sold-km2-libellen-sextant.html and a gyro version of the SOLD aircraft bubble sextant.  The gyro model worked but was not particularly practical.  For example, imagine attempting to carefully take a spun-up sextant up the ladder from Control Room to Bridge without crashing the gyro into its housing.  When surrendered gyro sextants were examined by the Allies at the end of WW2 it was found that the gyro sextant was reasonably good but was unlikely to replace the marine sextant in the daytime or a good bubble sextant at night.  Mind you, you could argue that the RN and USN were likely to be prejudiced.  https://onlinelibrary.wiley.com/doi/abs/10.1002/j.2161-4296.1947.tb01124.x  I also have an Admiralty Compass Observatory Report on the same sextant, which gives greater constructional detail.  I’ll try and find for you.  Many people state that a gyro sextant is not affected by acceleration errors, but I have my doubts.  The lower tip of the gyro axle runs in a cup and expecting the reaction between cup and axle to always act up the centre of the axle even when the cup is accelerated is a big ask. This is presumably why the averaging mechanism was retained.

Marine navigators and explorers have been using marine sextants and artificial horizons for centuries on land.  The ideal was an iron tray filled from a flask of mercury, but the dreaded H&S plus cost has put paid to that idea in recent years.  An alternative was a plate-glass mirror and a spirit level.  Amundsen carried both just in case his mercury froze.  He was lucky.  The year he went to the S Pole it never did (verification needed).   DIY artificial horizon liquid has been one of the main topics on NavList since it started.  Too thin and it’s too affected by the breeze and vibrations.  Too viscous and it’s slow to level, is difficult remove offending flies and dust from and is messy to tidy up after use.  With liquid, you’re also restricted to observing fairly high-altitude stars, because if they’re too low, you either lose the star below to top edge of your container, or you spend a lot of time sat or laying close to the ground.

You’ll have gathered by now that I’ve found it more practical to revert to using my aircraft sextants on land.  If you really want to observe anything but the likes of Vega and Capella, I’d steer clear of the of WW2 sextants out of people’s attics unless they’ve been recently professionally cleaned inside and out.  None of mine have been, and they’re just too mucky to see much though at night.  Mind you, I never could see much though my MkIXBM at night, even when I was supposed to be able to.  However, there are still companies who frequent Government Surplus auctions in the UK who might be prepared to sell you a RAF Mk2A, B, or C pendulous reference sextant with a 1980s green Stores label for 50-100GBP.  Your problem will be paying for postage to NZ, which might cost as much as the sextant.  Using them without a mounting, which are like hen’s teeth to find, is not difficult, and they’ll light up for an evening using two AA batteries in a holder.  If your very lucky you might find a Military Surplus Dealer in Poland who’ll sell you anything from a SA-4 SAM to an apparently never used Bundeswehr 3V Kollsman like mine at a reasonable price.  Avoid the memorabilia people on eBay.  They’ll demand an arm and a leg and have no idea what they’re selling.  To them, if it hasn’t been used in a Spitfire, it must have been used in a Lancaster.  DaveP 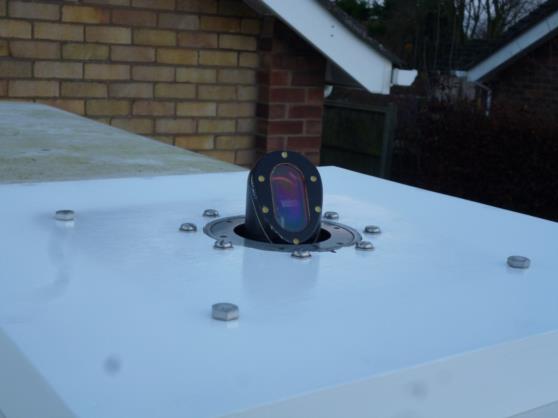