What are the odds?? Well, there's an intersection three miles from here "celestial drive & sextant lane". If you type that address in Google Maps anywhere on the planet, it will take you there. It's the only such intersection on the Earth. I live just about halfway between that intersection and Newport, where the bones of Endeavour and Resolution are believed to be. And I moved here by throwing a dart at the map. So what are the odds??

Last week I flew out to Portland, Oregon to visit a submarine (last one on my list of 22 museum subs in the continental US which are boardable by the public). I knew maybe three things about Portland before I visited there, and one of those things was that there is a funny "geek folk" band that's out there somewhere. They're two sisters who call themselves "The Doubleclicks" (see attached images, below), and they do clever, catchy songs about dinosaurs and geek culture and such. Here'e one called Dimetrodon. So... when I changed planes in Chicago, I walked up to the gate for my flight to Portland, and there they were: standing right in front of me. What are the odds?? I babbled to them and tried to explain how unlikely this was, and as they reached for the mace... I decided this might be a good time to make a discreet move to the other side of the gate area. :) But seriously, what are the odds?

As for objective science... bah. That only tells us the rules of the video game within which we imagine we exist. 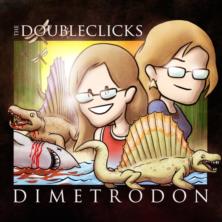 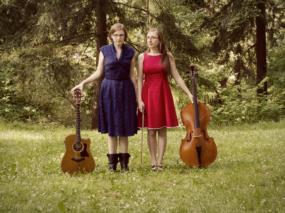