It's 350 NM from Howland to Gardner. At 0740 Itasca time (1910 Z) Earhart reported 1/2 hour of gas left. Her last transmission was one hour later at 0844 to 0846 (2014~2016 Z) when she reported being on the LOP. Airplane fuel gauges are like car gauges in that they indicate empty when there is still some fuel left so it makes sense that the plane ran out of gas one hour after the 1/2 hour of fuel left report. It would have taken almost three hours to fly to Gardner based on there planned cruising speed of 130 K and the headwind component that reduced their ground speed to about 118 K.
See attached excerpt of Itasca's radio log. 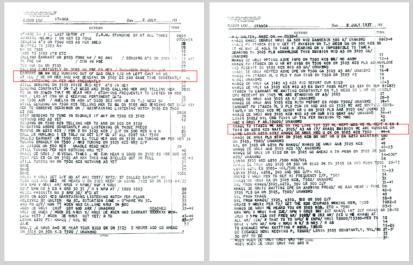