I haven't done any digging in the text, but is there something in there explaining just why anyone would be publishing new tables of the Sun's declination in 1584? It seems to me that there's a pretty good reason. They have a new calendar. The Netherlands are known in historiography as the "Spanish Netherlands" in the 16th century (Spanish Habsburg dynasty) so the legitimate government was Catholic and adopted the new calendar soon after the first Catholic countries. By 1584 the Dutch revolt was well underway, but as I understand it, they didn't throw out the calendar with the Habsburgs.

The early nautical charts at the end of the volume are wonderful, and they range from the Waddenzee and Zuider Zee, along English shores, down the French coast and on to the Bay of Biscay, Galicia, the Algarve, and Cadiz. Of course we can't expect cartographic accuracy in 1584, but the non-objective features are interesting. The chart of the Channel Islands and the Contentin Peninsula in Normandy is intriguing. Clearly the islands were important to Dutch trade in this period, and they are drawn significantly magnified! The shapes are roughly right in broad outline except for the island of Sark which doesn't look right and is displaced. 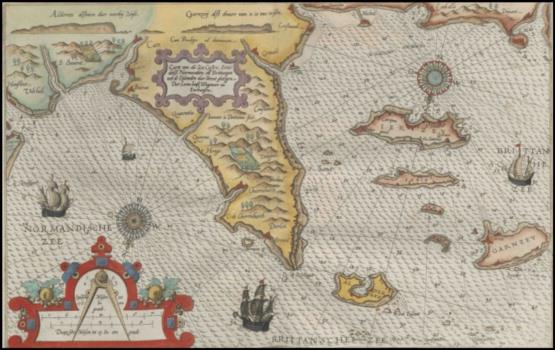 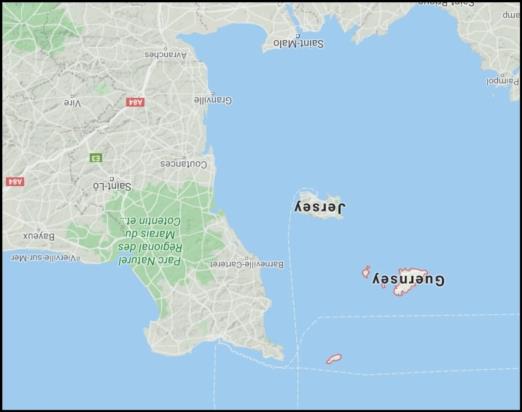