Here is the up dated correction to Table 4  a corr.

Good catch for February 2020. Add 20 hours following leap day. All I did was to extrapolate forward then do a check against USNO to confirm correction. This table doesn't need to be perfect. rounding to the nearest hour is good enough. You will see that there is 25 hours difference between 1988/1992, 2000/2004,2008/2012. I'm not sure what the rule is for this so I just work up a sight for the future date in question to make sure results are close.

I see the extended Table 4 Year correction, the correcxtion is to year 2028.

I understand is that in a year when februar has 29 days after the 29 you have to use the * correction.

always 24 hours more. Can you explain?? 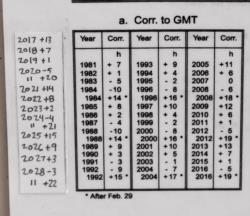 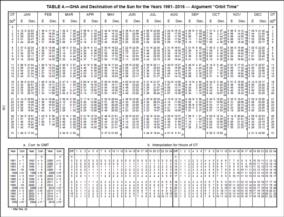 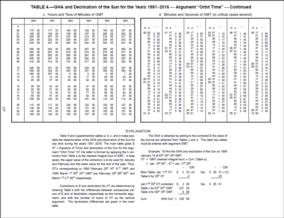