Orion is only visible for a fraction of a second in "Moana". It may look "wrong" to you because it's the view from the South Pacific. It's rolled over, as demonstrated in the image below. As for Scorpius, there is only a stylized view of that constellation in the film. It's been illustrated to look more obviously like a "fishhook" since that is the symbol of the demigod "Maui". Scorpius does indeed look like a fishhook, and that's the star pattern that Polynesians refer to as the fishhook, but it's not a realistic view of that constellation in the film. Orion is the only constellation portrayed with any accuracy. The other sky scenes in Moana are attractive and create a nice night-sky ambiance (which I personally found delightful), but they're not realistic.

So did Polynesian navigators a thousand years ago use Orion or other stars' positions for latitude as suggested in many sources? The only true answer is "we don't know". They left no records, and the small aspects of navigation practice recorded after European contact don't help on this score. We just don't know. On the other hand, it is not unreasonable that an ocean-voyaging society like this would have used basic tricks like the meridian altitudes of stars and the orientation of Orion for rough estimates of progress in (what we understand as) latitude. Modern Polynesian navigators have assembled methods and ideas that they believe are reasonable representations of what their navigational history might have been like. They understand better than many westerners that these reconstructions are educated guesswork and not definitive history.

PS: Anyone not get a chance to see me "on tv"? My fifteen minutes of fame are still locked behind a paywall, however you can find a copy of the episode here:
http://clockwk.com/apps/?x=ST. You'll need the password... or maybe you can guess it! Hint: it's four characters, and it's a universally popular low-security password. 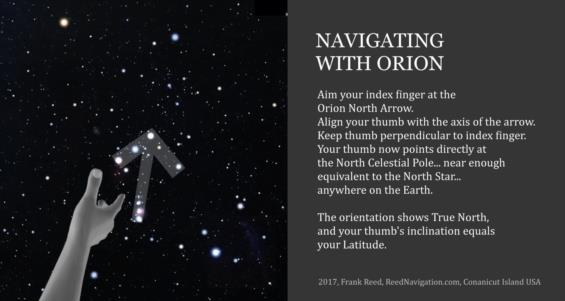 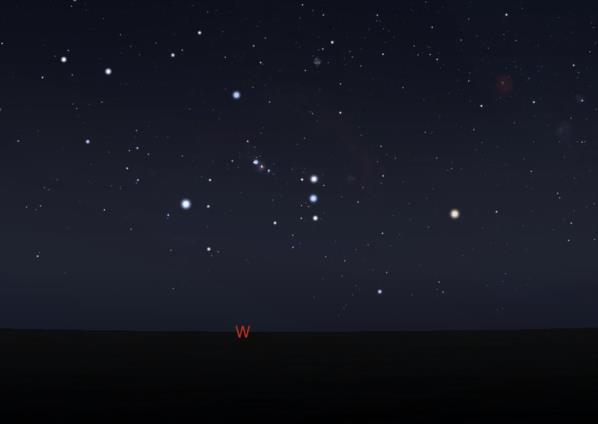