Reply
Re: Chronology of Celestial Navigation and Related Topics
From: Bill Lionheart
Date: 2018 Jun 10, 09:58 +0100
A very interesting read thanks. I was showing my ship mates how to use a sextant on a recent voyage, and they imeediately asked me questions of chronology I could only guess at.

I noticed 1938 "Navy, England" . England hasn't had a Navy since 1707 when the act of Union combined England and Scotland's Navies. You could say British Navy informally, or UK Royal Navy  to avoid offending anyone.

Here are some comments.

Consol was still in use in 1961 with five operational stations -  N Ireland, France,  Norway, Spain (2). Reference CAP 59 "Consol A Radio Aid to Navigation"  HMSO  fourth impression 1961.  I do not know the exact year that Consol (aka Sonne?) was introduced.

Details about RDF (in its various forms) missing. Dating from the 1920s?

There is no mention of Bygrave or sliderule.

The NTP protocol ( c 1985 ) allows me to display atomic time on my phone. It even allows the local commuter train company to proudly boast that its trains keep atomic time. Staff with smart phones strapped to their wrists is in my opinion an overkill!  To be fair to the train company I think that the decision to strap phones to wrists is made by younger employees who do not know what a wristwatch is and who probably cannoty read analogue clocks. I would be more impressed is all staff consulted fob watches.

Finally, to show my bias, is Norie important enough to rate a mention? 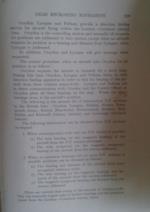