Frank wrote on the “History of the Intl date line” topic that that line, and others, were simply
drawn for the convenience of the map maker and have no actual significance. I believe that Frank
may have some information that can be used to dispel some misinformation about the loss of
Amelia Earhart. Many people appear to believe that there was a wall around the Japanese
Mandated Islands, and large areas of the surrounding seas, through which no ship or plane could
travel without being attacked or imprisoned by the Japanese. I think that they get this idea from
seeing straight lines drawn on charts, for the convenience of the map maker, to delineate the
locations of the Mandated Islands. I have attached a 1925 map showing such lines. (The source
of this chart is:
http://www.archive.org/details/SouthSeaIslandsUnderJapaneseMandate )

Many people believe that Earhart was on a spy mission to gather information and to photograph
military installations on the Japanese Mandated Islands. A second theory is that Earhart was
supposed to fake her own disappearance so as to give an excuse to the U.S. Navy to sail through
these “forbidden waters,” ostensibly searching for Earhart but actually spying on Japanese
installations. But, in fact, the lines on the chart do not outline the territorial seas of the Mandated
Islands. The territorial seas extended out only three nautical miles from each individual island (or
group of closely spaced islands) and outside of that limit was the high sea on which the U.S.
Navy could operate anytime it wanted, including conducting air operation. Japanese installations
could have been photographed quite well from aircraft at altitude only three nautical miles
offshore. (The limit was changed to twelve nautical miles in 1982.) The U.S. Navy routinely
conducts “Freedom of the Seas Exercises” in which it operates in international waters near the
shores of countries that attempt to claim more than the internationally recognized limit of
territorial seas. An example of this was the “Gulf of Sidra Incident” in 1981 where two U.S.
Navy Tomcats splashed two Libyan Fitters which were approaching Navy carriers operating in
international waters that were claimed by Libya.

( I live five miles from the Reagan Library and I have seen the Tomcat that is on display there
that is one of the Tomcats that splashed the Fitters.)

Another famous example was the “Black Sea Bumping Incident” in 1988. Also think of the
Soviet “spy trawlers” operating near the U.S. coast in international waters.

The U.S. has always rigorously defended its rights to the freedom of the seas and would not have
ceded control of the international waters near the Mandated Islands to the Japanese.

Frank, do you have any information regarding mapping the Mandated Islands or the charting of
their territorial seas that relate to this issue? 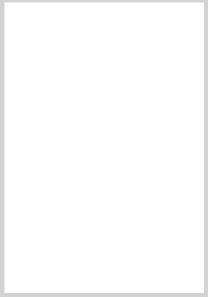