Continuing from earlier, we can get USNO-official, though un-documented, celestial navigation data on 200 stars in addition to the Sun, Moon, and planets. There are two sets of names associated with the stars derived from a numbered list and a separate list of traditional names. The traditional names list is entirely a subset of the numbered list. Below you'll find a table of the whole lot. The Bayer name, when available, is the abbreviated display format that you'll see on the USNO web tool's data page. It should be self-explanatory. A Bayer name like eps oph is a short form of epsilon Ophiuchi. If there's an entry in the "tag" column, this shorthand will produce the same data as the corresponding number entry, but the output will display the matching traditional name. For example, if you enter "11" for the celestial body, you will see GHA, Dec, etc. for bet ori, which is short for beta Orionis. If instead you enter "rig" for the celestial body, you will see data labeled for Rigel. Of course Rigel is beta Orionis. Same star -- just differently labeled.

Two stars in the list are stealth stars. When you enter 141 or 181 for the celestial body, you will find anonymous data. There's a star there... with GHA and Dec and all the other computed entries... but no name. A star with official USNO celestial navigation data, but it has no name!

This gives us a new challenge: get a celestial line of position using a star with no name in the USNO tool's database. The star 181 is one of medium brightness that fell between the cracks in the historical naming schemes. It was eventually labeled outside the Bayer Greek lettering scheme as "G Scorpii" (some background here), but that is only a nickname. It doesn't really fit in any of the star naming systems. At least it's easy to find. This star, number 181, G Scorpii, is the tip of the stinger in the constellation Scorpius. In the attached constellation chart, you can see it just below M7 and just left of the star Shaula. Shoot that star and plot its line of position. Then you can label it top secret.

If you live far enough south, you might even be able to shoot stars 141 and 181 together for a truly secret fix: two anonymous stars with official USNO almanac data. Incidentally, star 141 has the nickname "N Velorum" and like the other oddball, it's a relatively bright star that did not get a proper name in any of the usual naming system. In the case of "N Velorum", you might say it missed the boat. 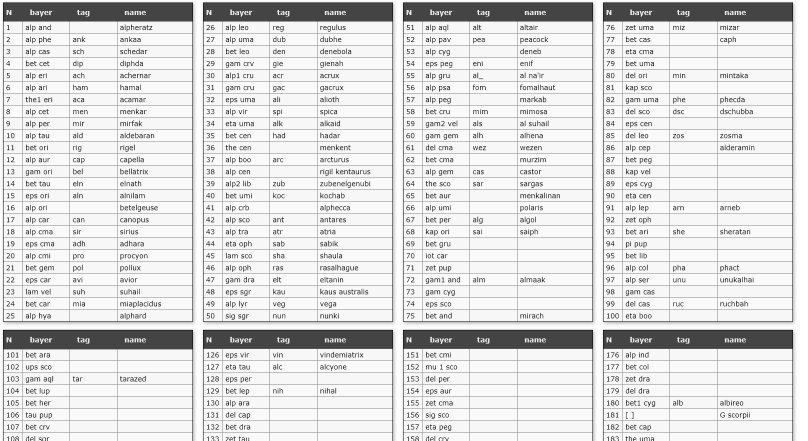 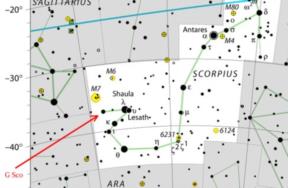