I’ve recently acquired an Americal CP-300/U starfinder from eBay. As it might interest some members of this forum and for history’s sake, I’ m attaching a couple of photos.

It seems to be a somewhat different version of the one Edward Popko has described in his article (“The Navigator’s Newsletter”, Issue #77 Fall 2002, Foundation for the Promotion of the Art of Navigation column entitled History of Navigation, pp 6-12). The differences that caught my eye are the Ecliptic (divided by month) and the existence of 18 Azimuth/Altitude templates (2 sets of 9, dedicated to N & S accordingly) instead of 9.

Apart from it being too small for my far-sightedness, the questionable accuracy of the Altitude/Azimuth grid fine-adjustment and the luxury of the extra Longitude disc (unnecessary for the average sailor as yours truly), what I find annoying is the wobbly way the templates are attached to the index arm: by design they are held over instead of under it, which means the templates are not in contact with the base. I know this is no precision instrument, still…

Having mentioned the starfinder size issue, I was thinking of designing a free version of such a device, the components of which could be printed at whatever scale one desires (the base on cardboard and the “blue” and “red” templates on transparent film), get laminated and held together by a “Chicago” screw. My attempts for the base and the “red” template seem promising (I’m attaching a preview), the “blue” templates are a different beast though. I tried scanning and vectorising my 2102-D templates, but the outcome was shabby. So the best solution would be a vector image of the grids. If someone whose abilities in programming are better than mine (non existent that is) and is interested in chipping in such a project, please contact me. 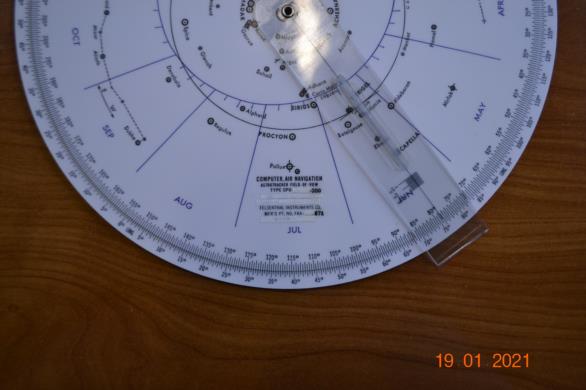 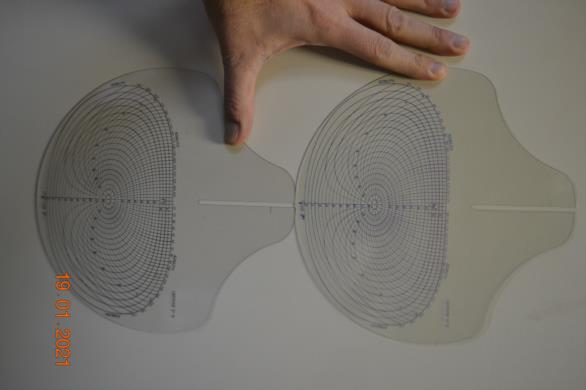 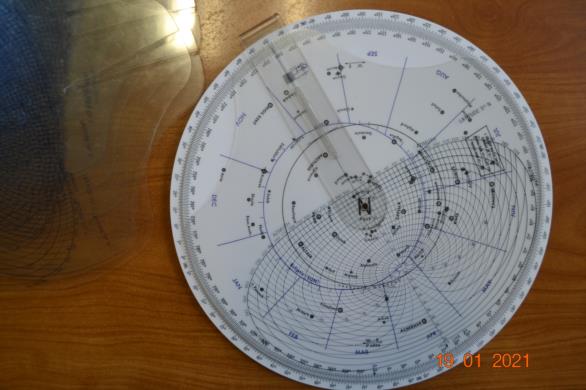 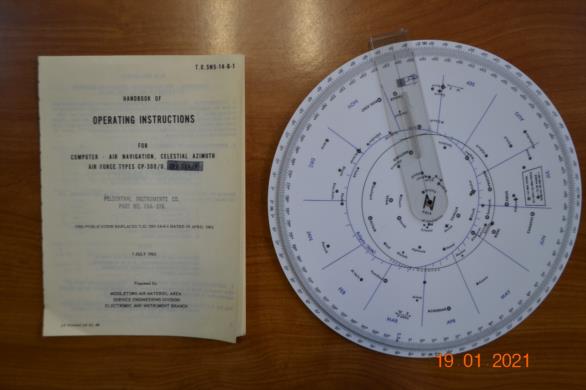