The "Mason-Dixon Line" forms the border between Pennsylvania (to the north) and Maryland (to the south).   As I understand it, modern surveying finds it to be no more than 5 feet off from the parallel of latitude that defines it.

It would have remained an obscure feat of surveying had it not been the controversy over slavery in the United States in the early-to-mid 1800s.   Every state south of the Mason-Dixon line (to be more accurate, every state that lies completely south of the Mason-Dixon line, since most of Delaware and a small part of New Jersey lie south of the line, as well as parts of Ohio, Illinois, and Indiana) were states that allowed slavery, while all those to the north forbade it.

Interestingly, Maryland did not secede from the United States during its Civil War, the only slave state not to do so. 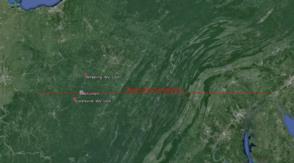 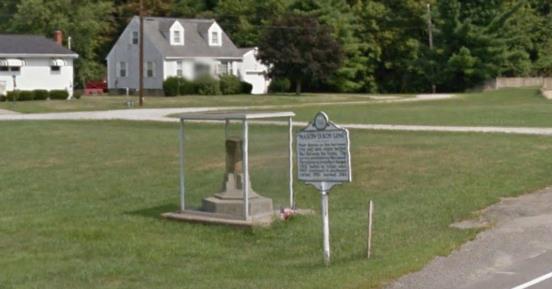