CN aboard a commercial flight from Los Angeles to Orlando was success executed using an A-7 Bendix bubble octant. A window seat (31F) at the starboard rear of a 737 worked out OK giving me two windows to observe through. Sirius, Mars, and the Moon were prominently visible and easily observed from 45 degrees either side of the beam. Intercepts were all better than 15 NM with the worst observation being taken through the double pained plex at a 45 degree angle and still giving me LOP's better than 20 NM. Amazingly my hand held GPS worked inside the aircraft as long as the unit was held up to the window. This gave me latitudes, longitudes, and speed so that the quality of my bubble observations could be determined. The best observations were those averaged over a two minute period. Single observation were still good because of the excellent flight characteristics of the 737. The bubble appeared quite steady. The design of the A-7 enables the objective prism to be placed right up to the window thus offering a very large field of view. Sight reduction was performed by a Palm Pilot version 6.9 application and generated instant results for real time plotting. The 4 hour 15 minute flight went by fast as I was very busy the whole time. The hardest part was working in such a tight space. Good thing I'm skinny ;-)

Checking into the terminal was interesting. Rather than publicly state TSA techniques I will describe off list the details if anyone else thinks that they would like to do CN aboard a commercial flight. I can recommend that travelers not check in old equipment that contains any amount of radium illumination paint.

I did get to meet an off duty senior Delta Pilot before and during the flight. This I'm sure was no coincidence. 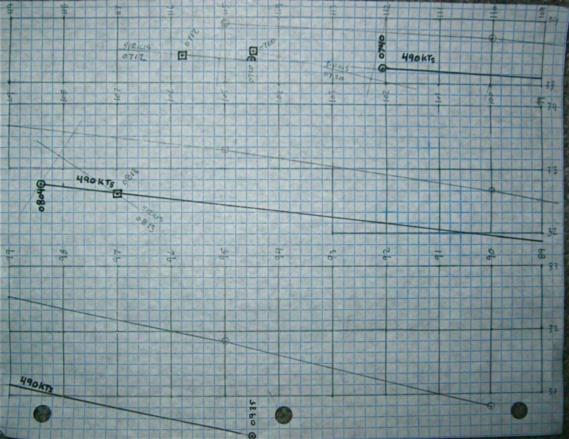 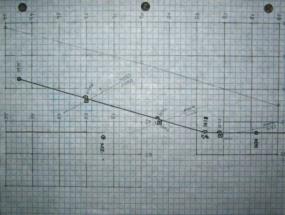