A few days ago, I wrote: "What's wrong with the Moon in the opening credits of this old TV show? (it's from "Buffy the Vampire Slayer" and, for Hewitt, the creator, Joss Whedon, is also a Wesleyan grad)." 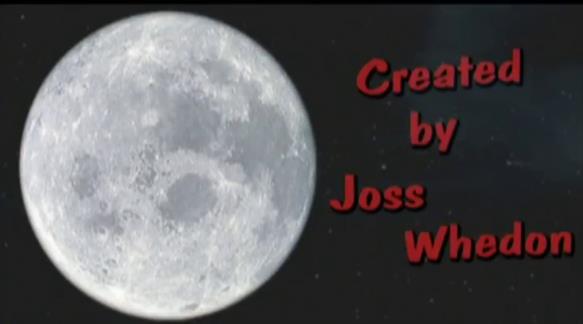 Tony Oz noticed that it has north "down", which is interesting, but that's not what I was getting at. It's the same moon image that appeared in some websites, numerous movies, and tv productions from the late 1980s through the early 2000s. And you can navigate from this image, at least defining a line of position. Where would the observer have to be to see the Moon like this?