Howard G you wrote: A book I happened to reading right at this moment – the methods and navigational equipment we had in the 70s had changed very little from those of Bomber Command WWII. And here is an extract that is so poignant – so perfect in capturing exactly how it was during training. We trained on a Devon and Dakotas – pretty basic stuff. The Mk IX Sextant was a basic machine but gave good results after years of practice. The P3B Orion – had a Kollsman and was a much much more stable platform and roomy.

I found this an interest book, especially the first half concerning Cropper’s training and WW2 service.  The second half is more about the development of his service career post WW2.  Not mentioned on the page you show is the night they lost their tail gunner plus his turret when another bomber flew into the back of them.  The night was so black he gave them no warning.  Also not mentioned, but I’m sure it must have been a requirement in WW2, it was for us in 1967, was the requirement to pre-calculate, take, and hand in several MkIXBM sights in your own time on the ground.  The figure 100 comes to mind, but maybe it was just 30, and they were single PLs not 3PL fixes.  I can’t remember whether it was before we were allowed to use our MkIXBMs in an aircraft or by the end of Basic Training.  It can’t have been during Advanced Training because the Dominie had a Hughes Mk2 periscopic sextant.  My problem was that after four years at university, appart from the 'biggies', I could barely see the stars through mine, and I dare not reveal my problem to the RAF until my N badge was sewn firmly onto my breast.  When I did and obtained spectacles, the RAF also paid for a special lens to be made to fit neatly into the rubber Hughes eyepiece. DaveP 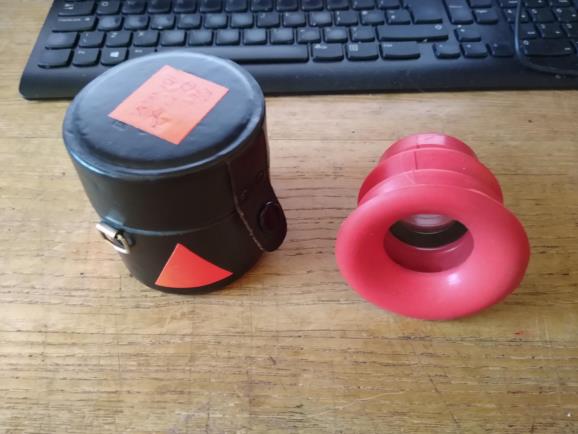