From: NavList@fer3.com [mailto:NavList@fer3.com] On Behalf Of Greg Rudzinski
Sent: 24 October 2014 01:06
To: francisupchurch@gmail.com
Subject: [NavList] Re: Big fat sunspot and a solar eclipse

I said good bye to this partial eclipse with one final binocular lunar observed at the moment of extinguish. Judging by todays results I would say that astronomers from Newton's era should have been able to nail longitude on land by observing an eclipse with a telescope. 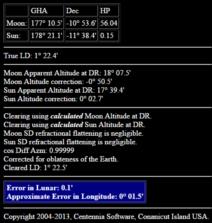 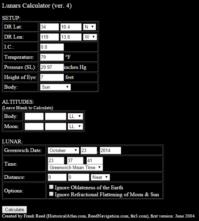