Unfortunately, it brings up a few issues, one major.

1). My inspection certificate is dated January 1921.  The patent date is November 1921.  This little conundrum is not nearly as significant as the next.

2) Shackleton's Trans Antarctic Expedition began in earnest (pun fully intended) in 1914.  How could "the" sextant used by Worsley have this feature?  And yet there it is!

In the attached photos (for the benefit of Frank, I've stopped now to include them) you can see it the patent greatest angle clamp hanging in the box, mounted on the arc, and by itself on the lid of the box.

Compare to the image from the James Caird Society, showing at a patent greatest angle clamp, pre patent date.  http://fer3.com/arc/m2.aspx/Fw-Image-Sextant-Used-Worsley-Huxtable-mar-2009-g7574. Its there, unfortunately without enough resolution to see just how much of a match it is. There's just enough detail in the tourist photo I found in 2009 to show that the general construction is the same. 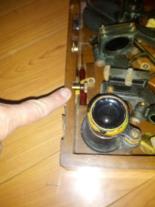 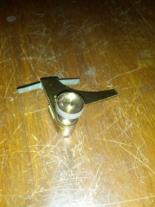 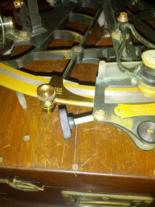