Thanks! I was curious enough to check, and it turns out the typo was in the original (I would have guessed it arose in auto-transcription, but that is so good these days...). I've attached below a screen capture from the original page with the section I quoted previously. I wonder if Hart got letters from attentive readers back then?!

Also I'm including a screen cap of another reference to a time sight in the same book which I discovered just now by searching on "secant" as a quick way to get to the page with the calculation. This one Hart intended for comedy. For us today it's yet another example of my claim that navigation was acceptable as "women's work" back then. 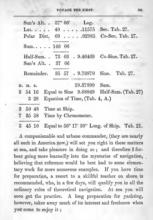 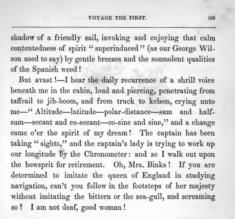