Not celestial navigation, but they did bounce radar off passing asteroids for many years...

The great Arecibo radio telecope dish collapsed this morning. Just two weeks ago it had been condemned as unrepairable. Today the primary instrument snapped its cables and crashed down onto the dish utterly destroying it. The Arecibo dish was an icon of modern science and appeared in (at least) two major films: the James Bond film "Goldeneye" starring Pierce Brosnan in 1995 featured it as a fictionalized secret weapon, and "Contact' starring Jodie Foster in 1997 employed it as a backdrop for the story of SETI.

While Arecibo's contributions to science were relatively minor in recent years, its radar capabilities were unique in the world. A giant dish, even larger than the one at Arecibo, was recently opened in China, however it apparently is not capable of radar observations. Even so, there had been talk of closing Arecibo for over a decade. It was 57 years old, and we all know that's "ancient". The laws of physics have decided the case permanently. It is gone. 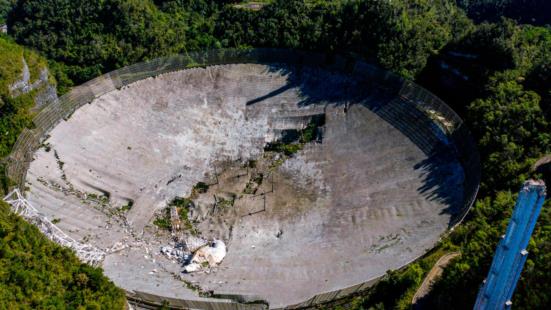 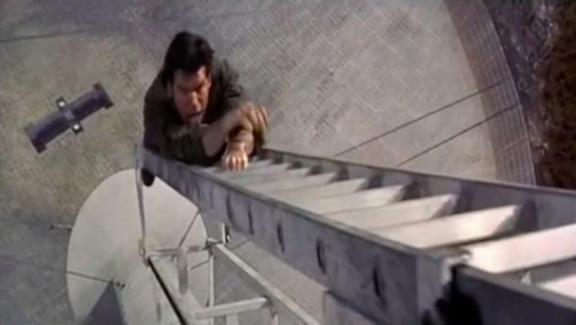 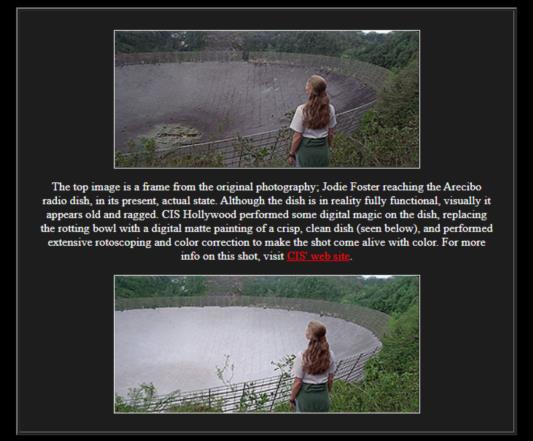