Rafael, you wrote:
"A Wikipedia article [https://en.wikipedia.org/wiki/HMS_Hermes_(95)] indicates that HMS Hermes was the first purpose built aircraft carrier in the world to be launched, in 1919, and describes her sad fate. By 1942, when she was sunk by Japanese dive bombers, Rantzen was listed as serving on HMS Heron since January of that year (see attached June 1942 Royal Navy list file, his name is the first one on page 1361). HMS Heron was apparently was not a ship at all (according to Wikipedia once again), but a Royal Navy airfield, ashore rather than afloat."

Hey, thank you! That's great, and it's consistent with the other information we have so far. Though I have known about the first US aircraft carriers since I was maybe ten years old, I have never read about the early British carriers. Very interesting. Looks like RN Air Station Yeovilton, also known as "HMS Heron," is home now to a nice naval aviation museum, and the HMS Heron name is at least preserved in one spot. See the attached image. The aviation museum has a video.

"The availability of information at one’s fingertips via the world wide web is most impressive." 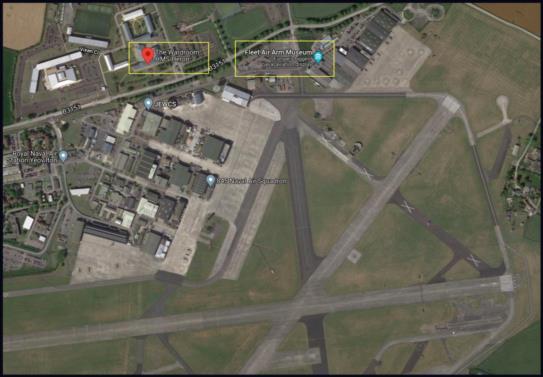