I bought a copy of Rantzen's Little Ship Meteorology for a few dollars. After opening it, I remembered that I had enjoyed it years ago, and it's quite good even today, though obviously limited by the great changes in weather forecasting that have occurred since it was written. According to the book, Rantzen was actually trained as a meteorological officer and served aboard a Royal Navy aircraft carrier during the Second World War. Can we figure out which carrier he served aboard? Do your copies of his books have jackets with that information (book jackets often have biographies that go beyond the text)? I found a photo of him and his graduating meteorology class... see below. He's the guy with the beard, top row, right. 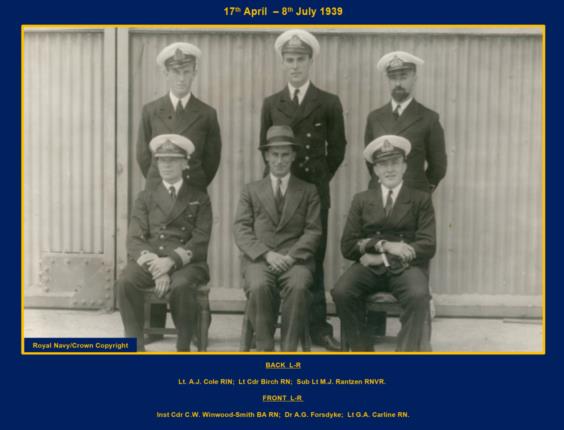