“For bonus points what is the probability contour in this case!”

I doubt that the contours of the probability density function have a simple name on the surface of the sphere however to construct the function itself is a pretty simple generalization of what one does for LoPs in the approximation of a locally flat Earth. There you are concerned with Gaussians of the perpendicular distance from the LoPs. The spherical case involves Gaussians in the difference between the distance to the geographic position (GP) of the body being observed and the measured zenith distance (ZD). As a thought experiment you might consider the contours generated by a great circle and a small circle intersecting at right angles.

“The ellipse of confidence, EoC, has math sense for three or more sights. Not for two.”

In a “math sense” I would say that the ellipse of confidence applies even for a single LoP. In that case the probability contours are ellipses with one axis that is infinite. Even if you regard that case as a stretch (no pun intended), contours for two LoP’s are definitely ellipses. I attach plots of probability contours generated by 1, 2 and 3 LoPs. 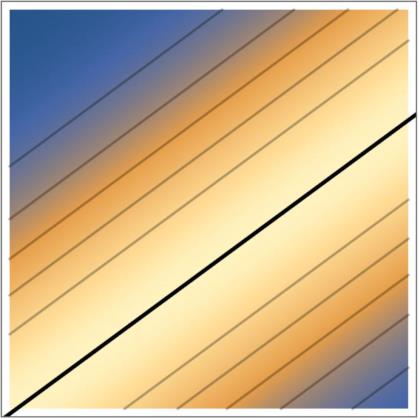 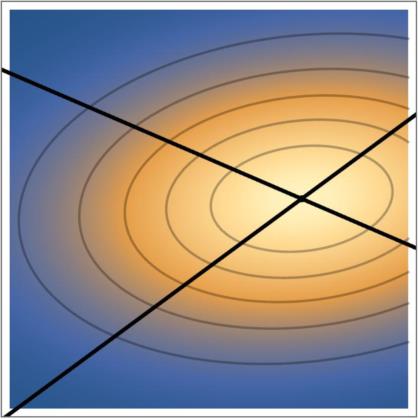 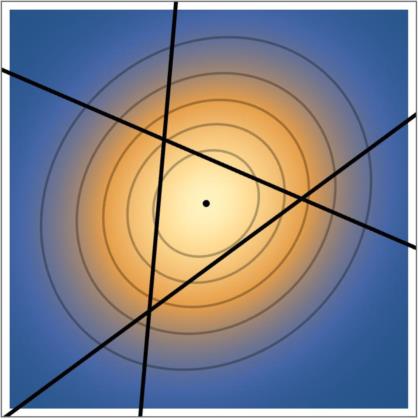