Frank:
As much as I love celestial navigation, please remember there's this thing called inertial navigation (ultra-high-precision gyroscopes and allies).  25 years ago it was claimed that an ICBM launched in the USA could hit a target in Russia within a mile.
DC is a lot closer to Quonset than Moscow, so I'll bet the precision is even better.
And there are laptop programs that have the Nautical Almanac built in and can do a sight reduction.
So I suspect if GPS went down Air Force One wouldn't exactly be back to the 1800s for navigation.
Lu Abel
On Wednesday, May 19, 2021, 3:16:35 PM PDT, Frank Reed <noreply_frankreed@fer3.com> wrote: 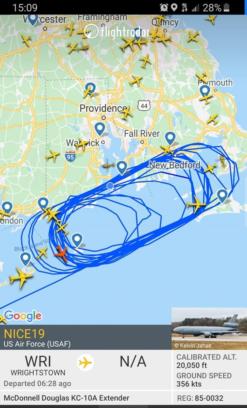