There has been some discussion recently of GPS accuracy. I have attached three graphs of testing I have done. The grid is the UTM grid and the units are meters using NAD27 coordinates.

The first shows a test I did when Selective Availability was active and the scatter covered 130 meters east to west and 152 meters north to south giving a CEP of 22.22 meters. Plus marks show one minute averages and the dots show single fixes. With SA on averaging did not improve the fix accuracy since SA swamped the effect of averaging since SA was not a random error.

The second shows a test done on September 18, 1994 and I was shocked to see how small the scatter was, only 7 meters east to west and 10 meters north to south with a CEP of 2.90 meters. I learned that the reason for this was that SA had been turned off because of the U.S. invasion of Haiti. This is a good comment on selective availability which was designed to allow high precision positioning for the U.S. military while denying it to the enemy. But, during Desert Storm and again when invading Haiti, our military did not have enough military GPSs so had to use off the shelf units so SA was turned off to allow greater accuracy. This is humorous since it is exactly during military operations that SA was developed to prevent the enemy using high accuracy GPS against us but, then in practice, SA was not used at exactly the time it was supposed to be used.

The third graph was done in 2000 and includes individual fixes and one minute averages. Without SA, averages were more accurate than single fixes with CEP of 1.50 meters for averages compared to 5.338 meters for single fixes.

Here are links to two other tests: 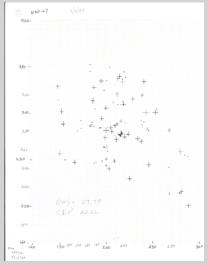 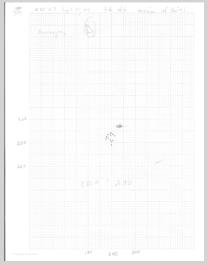 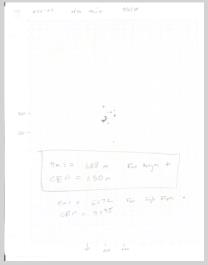