D Maracle, you wrote:
"I think you're letting them off too easy by calling it a "printing error"."

The issue that has been described so far --the wrong reprinted page on the back of the insert-- is almost certainly a printing error. The Nautical Almanac itself is just a PDF file. That's how all books are produced today. I've managed the production of several books in recent years including the 2015 and 2020 editions of Pub.249 vol.1 and at the other end of the spectrum, several children's books! It's all just professional-format PDF files. And this step of producing an insert is exactly where you can expect a printing error to occur because it's a unique production item. The primary document should be immune from this problem.

And to reiterate, if it's only the insert, there's no loss here. All the data is present. You can live without the insert. I'm not trying to make excuses for Celestaire, but I don't want to feed a panic when there's nothing fundamentally wrong. You certainly should compain to the manufacturer/publisher about a flawed product if you wish, but we should not suggest that there is a data problem (unless evidence of such emerges).

You added:
"Have you noticed that the rest of the NA also utilizes smaller print? Cost cutting measures?"

Heh. I'm trying to imagine a printer charging by the font size! But sure, they may have switched printers for a better overall deal (I don't know ...I'm just suggesting a possibility). If that's the case, then there may have been miscommunication over some settings. For the record, I have not seen the 2019 Commercial Edition, so I'm relying on the reports from those of you who purchase it.

Printing errors are the printer's fault. But printers ordinarily provide review copies before final print runs. Failure to catch and correct printing errors through quality-control... that's the publisher's fault. The publisher is Celestaire which has been owned and operated by Ken Gebhart for decades. He meticulously managed the process of licensing the Nautical Almanac data and seeing to its careful, correct publication in the Commercial Edition. Ken is now 82 (see linked article), and he has retired, or is in the process of retiring from day-to-day operations of the company. His son, Kenneth Gebhart Jr., is taking the helm, and this may lead to some minor problems during the (presumably brief) transition period. Again, don't panic. 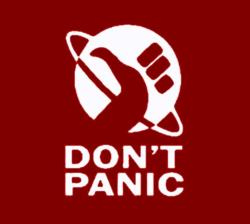