I have drawn a impression of the blade Gnome with the associated degrees, drawing a straight line across it looks like just shy of 40' hopefully that helps in your thinking!

Newbold mentioned using this device on the early expeditions but as a sighting quick fix while driving & used the vehicle mounted compass in general. It must have been of some use because in the book Newbold says it's got a cardboard dial on the very early expedition so the brass ring that was fitted after by watts & son, you can see the same engineering knurling on the outer ring as is on the shoulder of the Bagnold vehicle compass, the chaps that have made replicas of the Bagnold for LRDG/SAS vehicles don't even do that but still call them exact replicas So I have no doubt it's from the period. I am still waiting on Bagnolds grandson getting back to me via a friend initially he thought it was something used by the Libyan forces after the war, but then he said he would take a deeper look in the family files 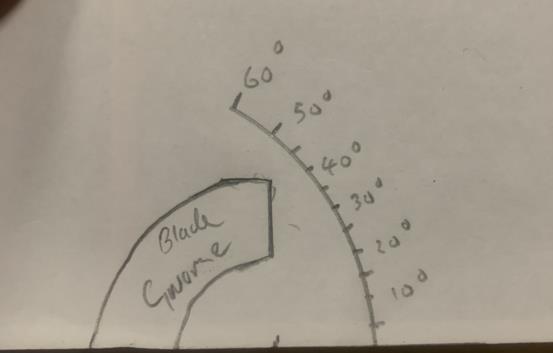 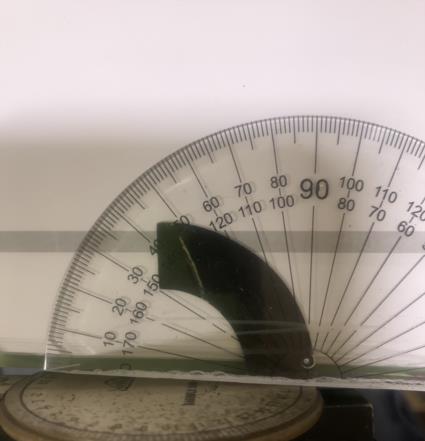