Made you look, right? :) There are a couple of entertaining stories that fit under this general heading that I thought some of you might enjoy.

Back in the 1970s, saving the whales became a social cause, and at least in the US, the whale species at the center of the revival was the humpback whale. Of course most of the whales that swam about the Morgan in July on Stellwagen Bank were humpbacks, so despite the fact that traditional whaleships, including the Morgan, almost never hunted humpbacks, being photographed among them still worked since humpbacks remain the darlings of popular culture. The humpbak is the poster child of whale conservation. One of the pop culture engines that elevated humpback whales to such a high station was a little movie called "Star Trek IV: the Voyage Home". Remember that one? It came out in 1986. It's very cute, and for folks in their forties today, it may be the film that first attracted them to humpbacks whales. You might think, 'well, it's not that important... it's just some silly science fiction movie.' For a measure of its lasting impact, consider "Whales Weep Not" by D.H. Lawrence. This poem turned up recently in some artwork for a Mystic Seaport press release imagining the layout of the new exhibit that is being planned for the Stillman Building. I can't imagine the whole poem will really be put up on some big lighted screen, considering the explicit sexuality of the middle of it, but the poem or at least its title is relatively well-known in popular culture. Try this: go to google.com and search on "whales weep". As you type, Google's auto-complete feature tries to guess what you're searching for based on popular prior searches (see the attached image). And here's where you can see the lasting impact of that Star Trek movie. Google happily fills in "whales weep not star trek" and, below that in popularity, "whales weep not poem". Star Trek before poem! The opening line of the poem, "They say the sea is cold, but the sea contains the hottest blood of all," was spoken by Captain Kirk (over a pizza dinner, if I remember correctly), and that's what has made the verse more widely known than anything else.

For something a little lighter, how many of you know this whaling song?

We're whalers on the Moon.
We carry a harpoon.
But there ain't no whales so we tell tall tales,
And we sing our whaling tune...

I had that going through my head while we were approaching the Morgan aboard the high-tech launch of the yacht Rena in Provincetown Harbor back on July 10. It's from the animated, comedy science fiction series "Futurama" (the second episode, which originally aired back in the year 2000). If you're dying to hear it put to music, try here. My mission is complete if you can't get it out of your head tomorrow. :)

Finally, a little science fiction relevant to the Charles W. Morgan from just last month. Those of you who teach might be able to get some mileage out of this. One of the most popular reboots of a serial in recent history has been the new "Doctor Who" which the BBC has been producing since 2005, with four different actors having played the lead character, known only as "the Doctor". The newest season started in late August (with a new incarnation of the Doctor). In the premier episode of the season, the Doctor actually brings up the 'Ship of Theseus' problem that we chatted about earlier in the summer with respect to restored historic vessels. In short, if you replace every plank and beam of an old ship, is it still an old ship? Certainly in the case of the Charles W. Morgan, the answer is yes, but there are seriously problematic cases including, as one example, Mystic Seaport's earliest acquisition, Annie, a sandbagger racing sloop, which is all new construction, mostly less than fifteen years old, though faithfully rendering the original. If you teach and you have any students who watch "Doctor Who" (that's practically guaranteed), then you might be able to explore this whole issue by asking them about a scene from the first episode of season 8 (series 8, as they say on the BBC) which aired in late August of this year:

A malevolent cyborg has been harvesting body parts from humans and other sources for thousands of years trying to achieve some nebulous, long-forgotten goal. And to explain his bizarre quest, he proclaims defiantly, "I am not dead."
The Doctor tries to denounce him with logic:
"You are a broom! Question: If you take a broom, you replace the handle, and then later you replace the brush, And you do that over and over again, is it still the same broom? Answer: No, of course it isn't!  ...But you can still sweep the floor... which is not strictly relevant, skip that last part."

The Doctor continues: "You have replaced every piece of yourself, mechanical and organic, time and time again. There's not a trace of the original you left." It's the standard "Ship of Theseus" puzzle, or even closer, the parable of "my grandfather's axe". The Doctor's denouncement of the cyborg as no longer having any trace of "the original you" is powerful, yet one suspects it may come back to haunt the Doctor as the story arc for the season continues. I would imagine that the writers will have him contradict his too quickly spoken "no, of course it isn't". For the Doctor himself might be called a "broom" who has regenerated so many times that he no longer can even define who he is himself. Yet he still sweeps the floor. And, back to museum vessels, is Sandbagger Annie still the same boat that it once was? There are other cases in the world of museum ships that are equally extreme. If we restore a vessel too thoroughly, does it become Doctor Who's "broom"? ...Just an opportunity to bring a little modern pop literature, science fiction specifically, to bear on the issue of the identity of museum ships. 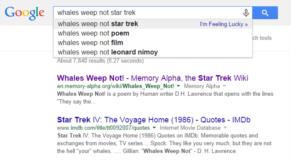 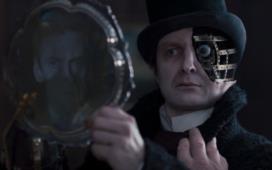