I went out to Castle Island to see her come in to Boston this afternoon. Here are two shots I got of her just past the Boston Harbor Islands, and then passing Logan Airport.

Thanks for this eye witness view Peter - I am missing her mightily now I am back In UK on my tugboat.
Dr Lesley Walker
Heritage Consultant
+44 (0)7748500933
lesleywalker@mac.com
Blog - lesleybw.wordpress.com
Sent from my iPhone
On 15 Jul 2014, at 20:33, Peter Whittemore <NoReply_Whittemore@fer3.com> wrote:

I just watched the Morgan sail into the Boston Channel, past where I live in Cohasset and then I drove to Hull, Fort Revere, and watched her glide by Boston Light, covered in scaffolding alas, She's under tow but ten or twelve sails full and looking like 1841 as Jets fly out of Logan Airport overhead.   Good pitching to Cap't Files tonite and welcome to Boston Harbor.  She's probably off Castle Island right now for any South Boston natives that want a view and docking within an  hour.   That craft is so beautiful.........Peter G.W.

The Morgan and accompanying vessels are currently just a few miles outside Boston Harbor. They should be among the Harbor Islands in about an hour. The high-speed ferry "Provincetown IV" that transported some of us to/from Provincetown has apparently gone out to meet the group (they just slowed down and turned to match course with the little fleet).
I have found that it can be difficult to explain this "voyage" to people who are outside the core market. If you're talking to people who enjoy maritime history or tall ships, it's easy. But otherwise, the replies are often in the range "oh... that's nice. You went whale-watching. What did that cost you? We did that a couple of years ago..." So how do we expand the audience? How do we persuade people who are outside the core market that this is a significant event? One way may be to point out that the captain of the Charles W. Morgan, Captain Kip Files, will be tossing out the first pitch this Friday night at Fenway Park. I think everybody understands Red Sox fame. Here's the description from mysticseaport.org:
"The Boston Red Sox have named July 18, 2014 Mystic Seaport Night – A Whale of a Game! The Red Sox will honor the Charles W. Morgan and her visit to Boston Harbor during their home game against the Kansas City Royals Friday, July 18, at 7:10 p.m.
The Morgan‘s Captain Kip Files is slated to throw out the first pitch, the Mystic Little League and Mystic Sea Scouts will be on the field for the national anthem, videos about the Morgan and her recent trip to NOAA’s Stellwagen Bank National Marine Sanctuary will be shown on the Jumbotron, and there will be special activities in the Kids Clubhouse. Mystic Seaport will also have a display table set up on the concourse near Gates A and B."
Anyone going?
Frank Reed
Conanicut Island USA


View and reply to this message

Author: http://www.gltysk.com
Breaking All The Rules: Cosplay and the Art of Self-Expression 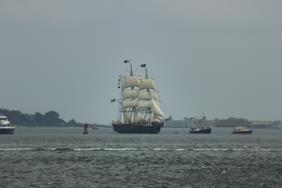 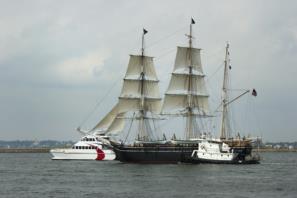