Today the "Ships, Clocks, & Stars" exhibit opened at Mystic Seaport for a six-month run. This is a major travelling exhibit from the National Maritime Museum in Greenwich, UK celebrating the 300th anniversary of the creation of the "Longitude Prize" (as it came to be known colloquially) for finding the longitude of a ship accurately at sea. The exhibit has been heavily publicized by Mystic Seaport, and there was a crowd of over 200 people who came to hear Richard Dunn speak about it on Thursday night. Richard is senior curator for the history of science at the NMM. I've known Richard Dunn from our common interest in navigational instruments and methods for some years, and I took him out for some "hearty" (not heart-healthy!) seafood in Noank the evening before his presentation. We talked a lot about the history of Mystic Seaport and the 38th Voyage of the Charles W. Morgan. He talked about how impressed he was by the enthusiasm that permeates Mystic Seaport in the wake of the voyage.

The Treworgy Planetarium at Mystic Seaport and ReedNavigation.com (that's me) are running a bunch of longitude-related navigation workshops and classes this Fall continuing programs we've done in the past and celebrating the new exhibit which will be open through the winter. It's a great opportunity to learn how to find your latitude and longitude either from a modern perspective or from the perspective of historical whaling voyages. There are two weekend classes that I'm teaching that might be of interest to Morgan voyagers in that vein:

There are details on my web site ReedNavigation.com. I'm including two versions of a digital "flyer" for the longitude-related classes and workshops we're offering this fall. Please, if you can, forward these digital flyers to your friends and anyone you can think of who might enjoy learning more about longitude, latitude, and celestial navigation. It's a Fall full of longitude at Mystic Seaport!

Incidentally, there's a book you should buy. Richard Dunn is co-author of the exhibit book for "Ships, Clocks, & Stars". I asked Richard to find me for the first question after his talk on Thursday, and as I explained to the assembled crowd, this is far more than an exhibit book. It's a detailed history of the whole topic of the quest for longitude including Harrison's famous time-keepers, the Royal Observatory, lunars, developments after Harrison, and more. Most of us learned something about this story from Dava Sobel's wonderful little blockbuster book, "Longitude", which, you may find it hard to believe, is now celebrating a 20th anniversary since publication. While Sobel tells a good story, you may have guessed that it's somewhat flawed by being entirely one-sided: it's "Harrison the Hero" and damn all the rest. Even so, it's a great story re-told in fine prose, loaded with good history, but that "POV" flaw knocks it down a notch. I give Dava Sobel's "Longitude" 3.5 out of 5 stars. By contrast, the book written by Richard Dunn and Rebekah Higgit and their huge staff earns 5 out of 5 stars. It's a worthy successor to Sobel's "Longitude": great history, visually sumptuous, and accurate in every way that I can measure. Exhibit books are often dismissed as "coffee table" books, but this is far more than that. Worth every penny...

Speaking of pennies, the book is sold at the Mystic Seaport Store, but you may suffer from sticker shock. You can find the same book from online sellers for much less, and it exists in two editions which have different cover titles but which are absolutely identical in every way on the inside. Look for either "Ships, Clocks, & Stars" or "Finding Longitude" by Dunn and Higgitt. I got my copy, shipping included from the UK, for $20. The retail price on the edition sold at Mystic Seaport is $75, plus tax. 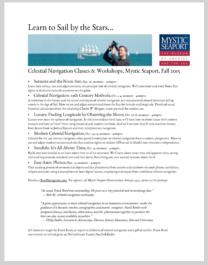 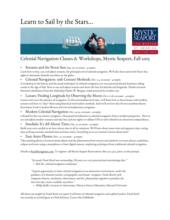